According to the assessment of the Creative Civic Change (CCC) British subsidy program, creative initiatives played a key role in supporting and uniting local communities during the pandemic. The data is based upon the observation made by the Culture Online educational digital web portal among Russian digital cultural projects.

Authors of the British study analyzed the work of 15 regional projects that replaced traditional ways of interacting with the audience with alternative online and hybrid formats during the period of restrictions. According to the published report, their activities helped residents of small towns and districts to nurture a sense of unity with their native land and between each other, to strengthen mental health and to turn them to culture and creativity. The authors of the projects hosted on the Culture Online portal note the special importance of online and hybrid formats for cultural organizations and their viewers.

“There was a hard environment in the city during the pandemic, and our project allowed the citizens to escape from the gray routine and get some live communication. Possibility of personal participation and interaction with the project was especially valuable. Everyone could choose the street block where the concert will be broadcast, order a song, send greetings to their loved ones, become a part of the project,” says Anatoly Golovin, Head of the Department of Culture and Sports of the Stavropol Palace of Culture and Sports – about the project “Home-Delivered Concert”. “It acted as an emotional support for the citizens, and an opportunity for personal fulfillment even in such a harsh conditions – for the artists.” 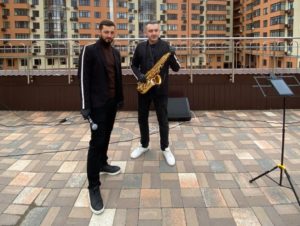 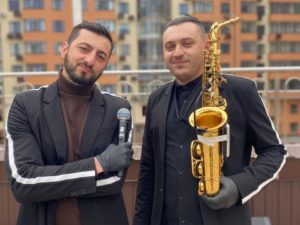 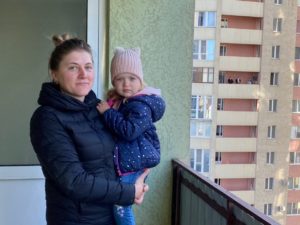 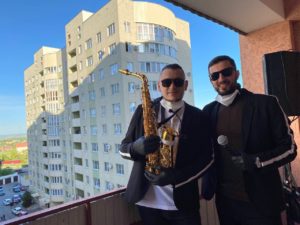 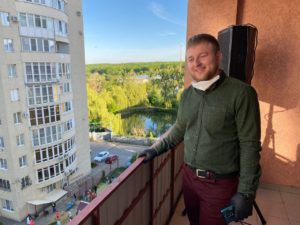 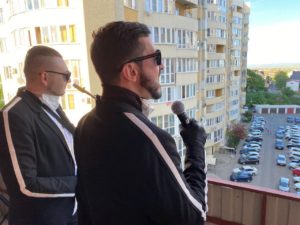 “Home-Delivered Concert” project took place during the period of self-isolation in Stavropol having received an international publicity. Over a period of several months, musicians and artists of the Stavropol Palace of Culture and Sports held concerts on balconies, sports fields and open roofs of the densely populated areas of the city. Citizens went out onto their balconies, danced, had romantic dinners, posted videos on their pages. The performances were also broadcast on social networks, where citizens sent greetings and congratulations, ordered compositions, confessed their love to each other and thanked for positive emotions. Culture Online digital web portal hosts projects from 43 regions of Russia. They include federal and international initiatives aimed at residents of the small towns, as well as local projects. The portal annually holds The Culture Online International Award, which encourages the use of digital formats in the field of culture. Applications are accepted until October 15, 2021.