Artist and the Chairman of the Council Sergey Kuznetsov runs open online workshops in watercolor painting on his Instagram page @uragankuznetsov. 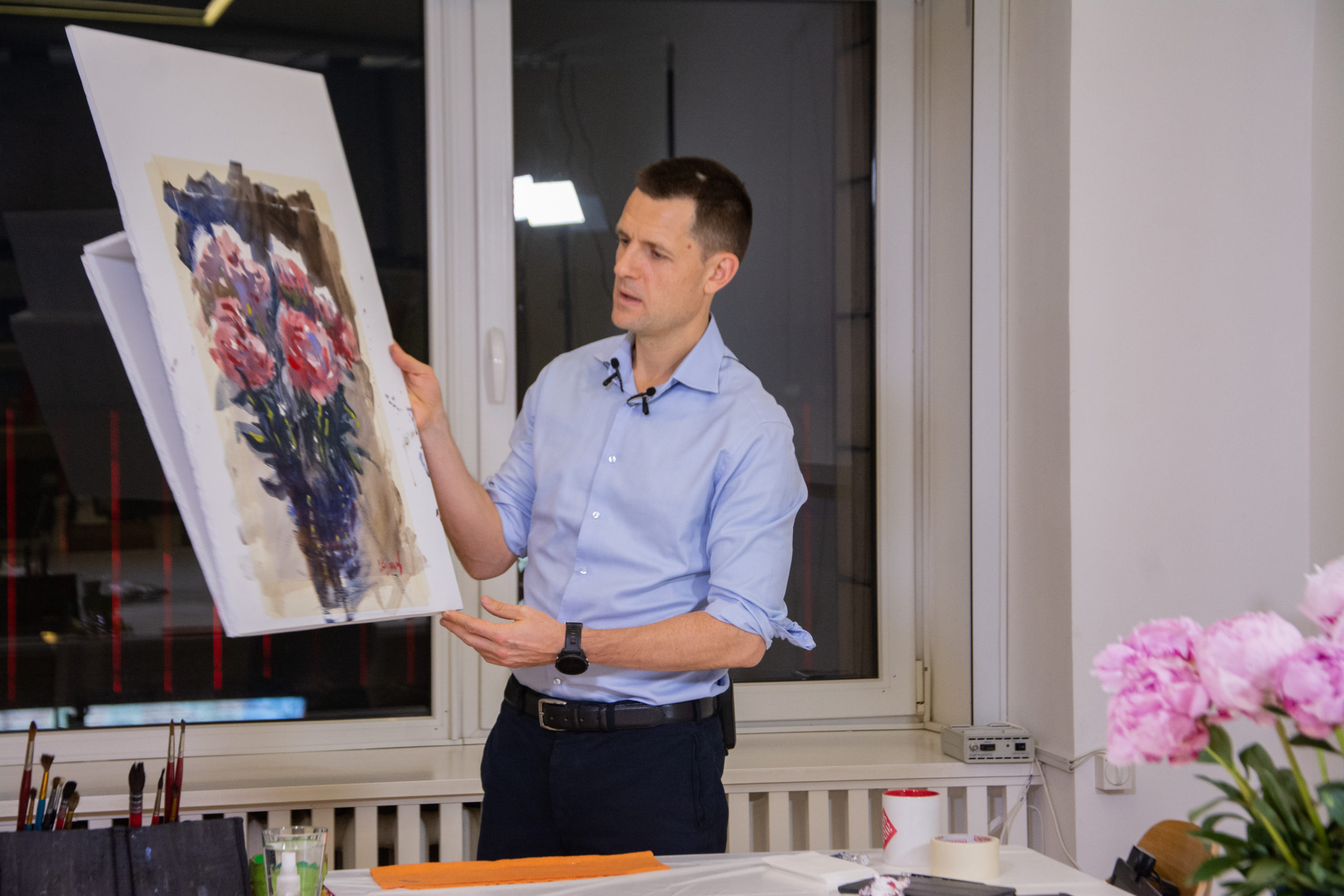 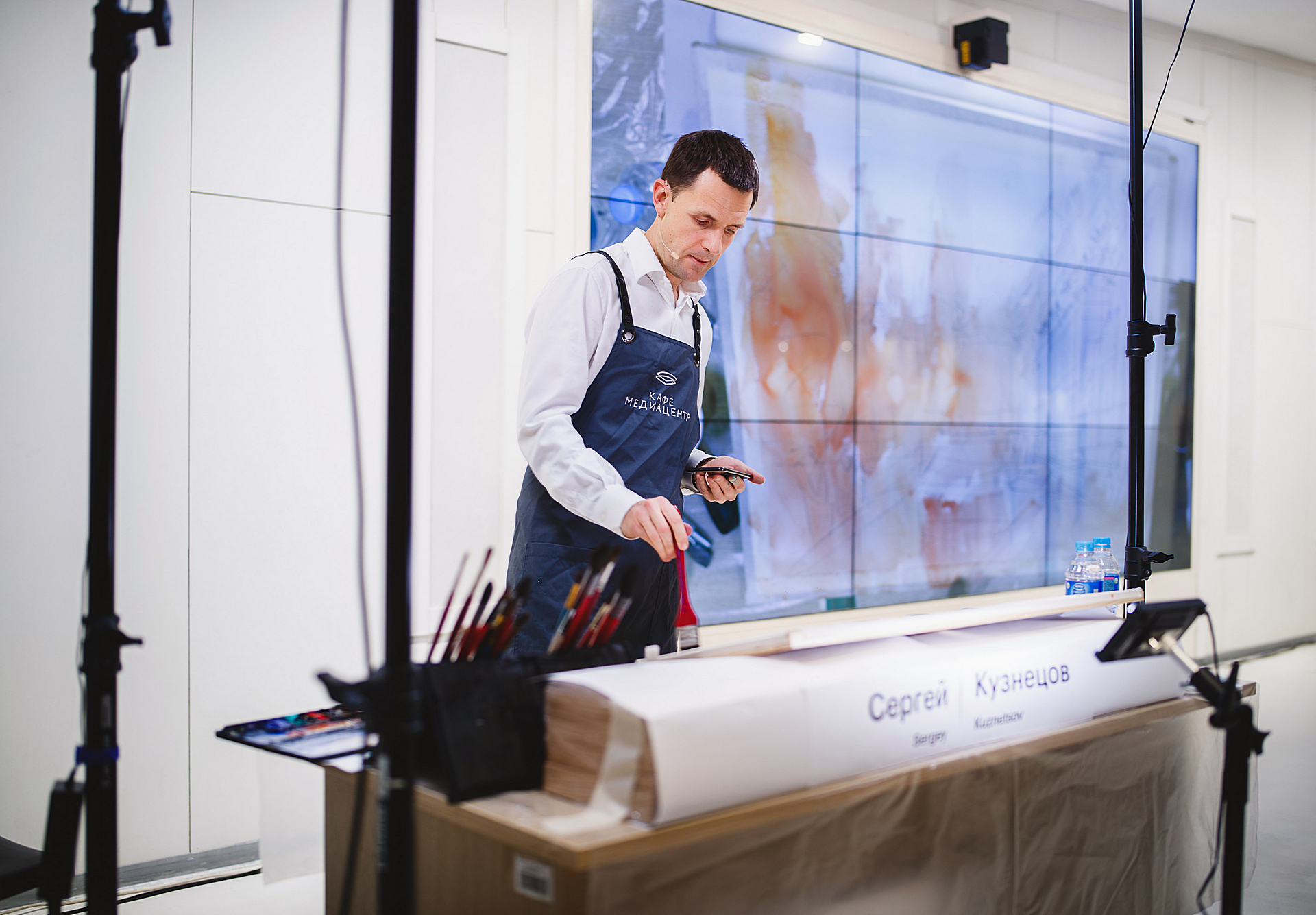 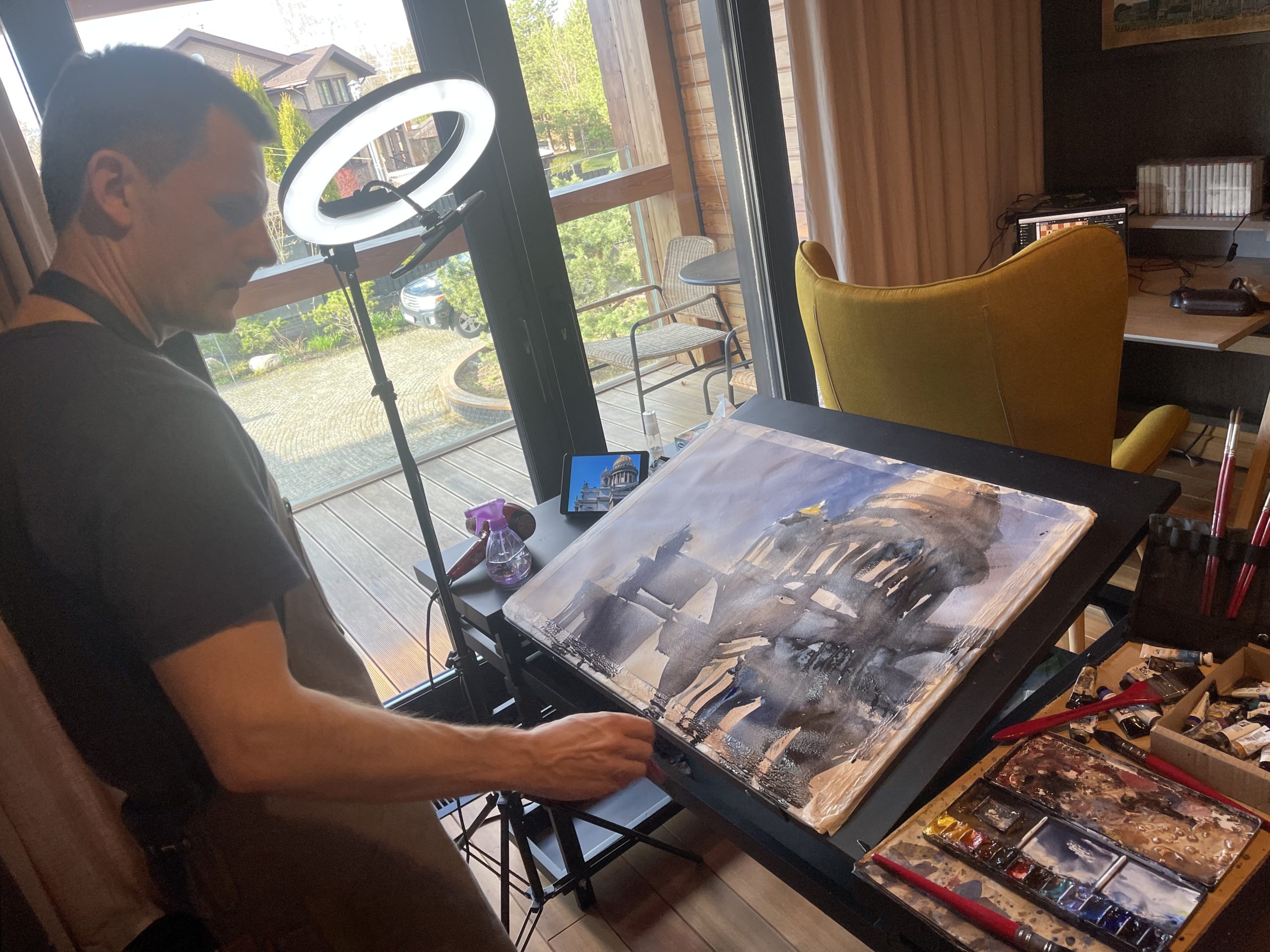 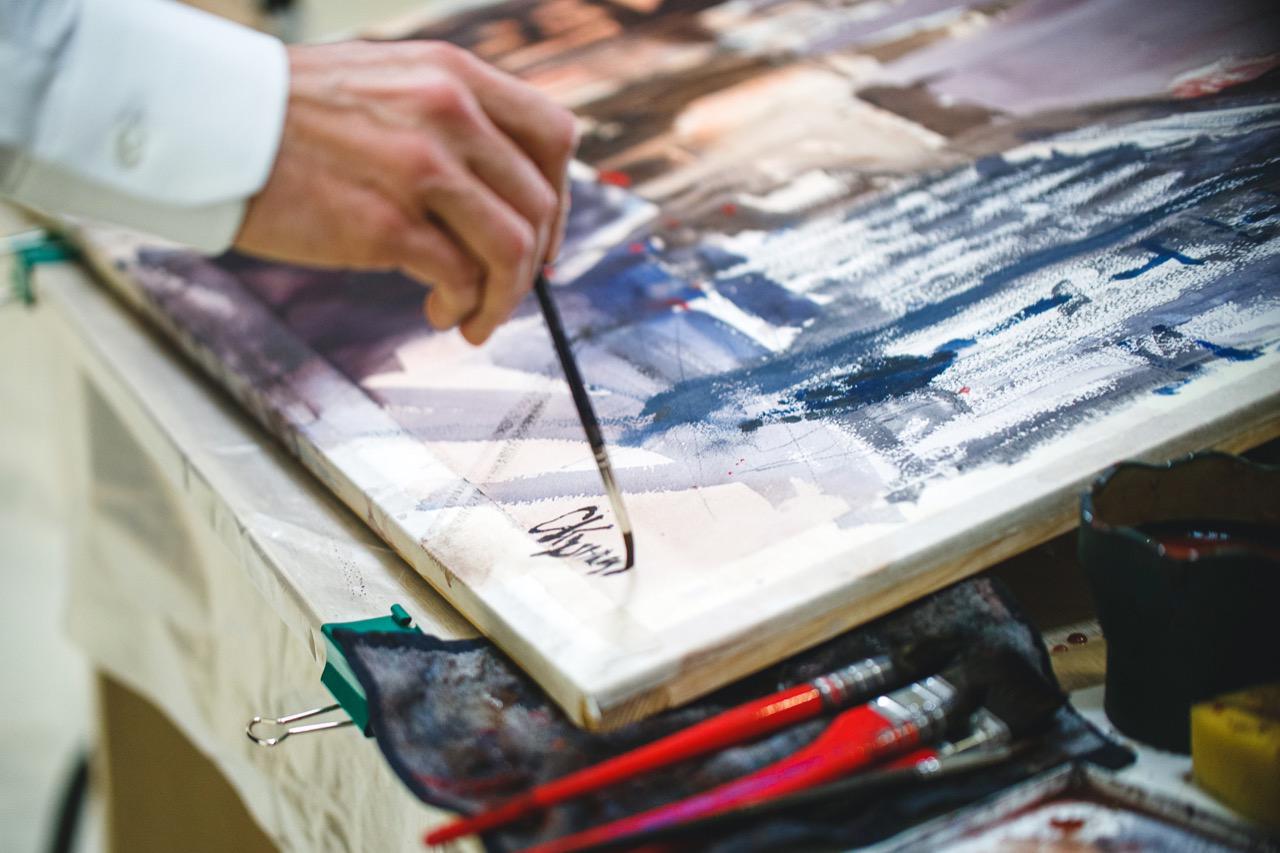 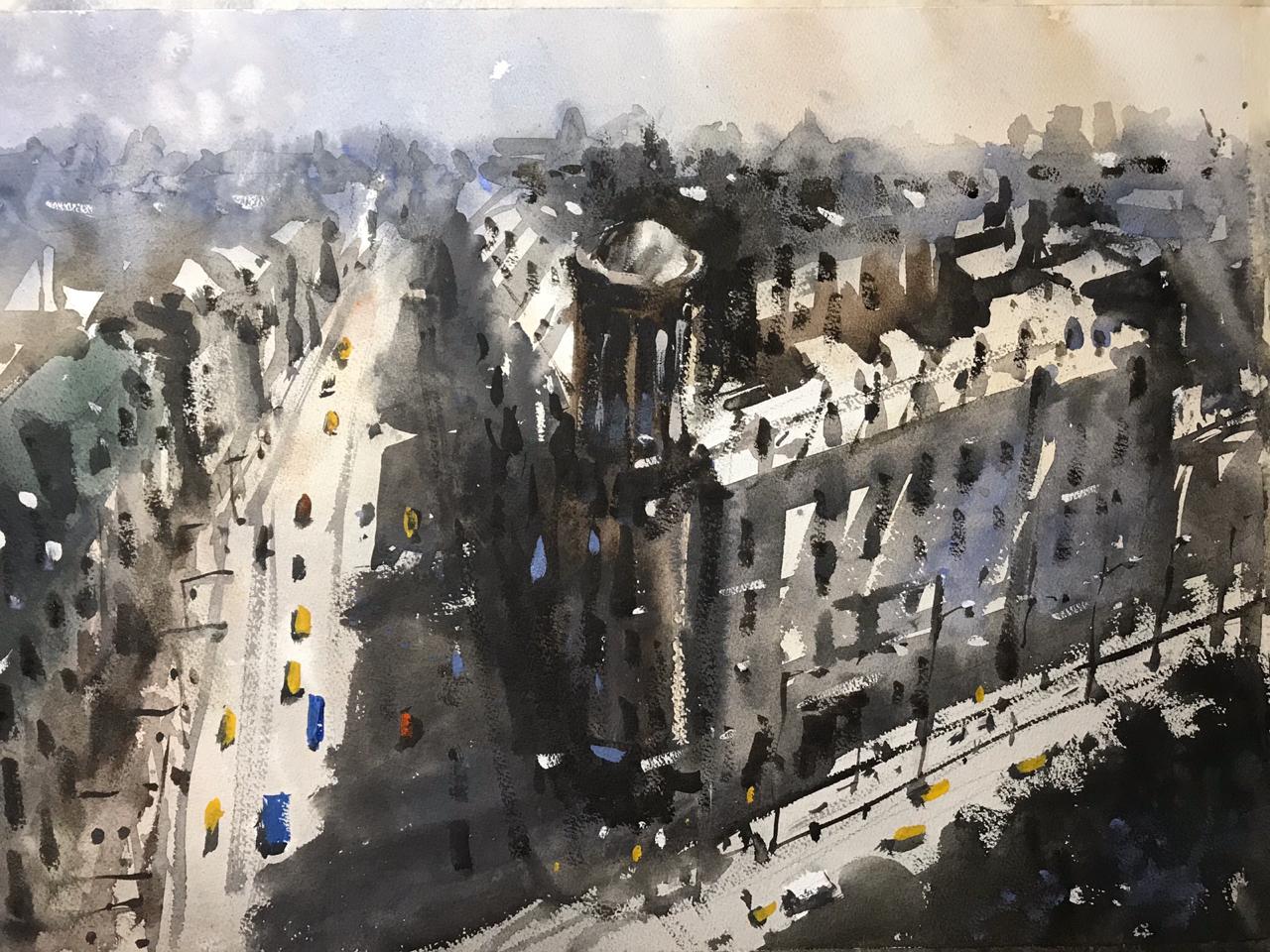 Since the beginning of the self-isolation regime in Moscow in the spring of 2020, Sergey Kuznetsov started to introduce the practice of free online watercolor painting workshops for everyone on his Instagram page @uragankuznetsov. The project was widely publicized in the media and attracted not only Russian audience but also the foreign one.

The exchange of works created during the workshops became possible thanks to a special #demo_SK hashtag clicking on which you can see more than 500 paintings of the workshop participants. One of the paintings made by Sergey Kuznetsov during a workshop - "Panorama of Tverskaya Street" - was put forward to an online art auction in support of the Shchusev State Museum of Architecture in Moscow.

DURING A BLANKET LOCKDOWN, IT WAS EASIER TO ORGANIZE YOUR DAY AND SCHEDULE THE BROADCAST WITHOUT ANY TIME CHANGES. 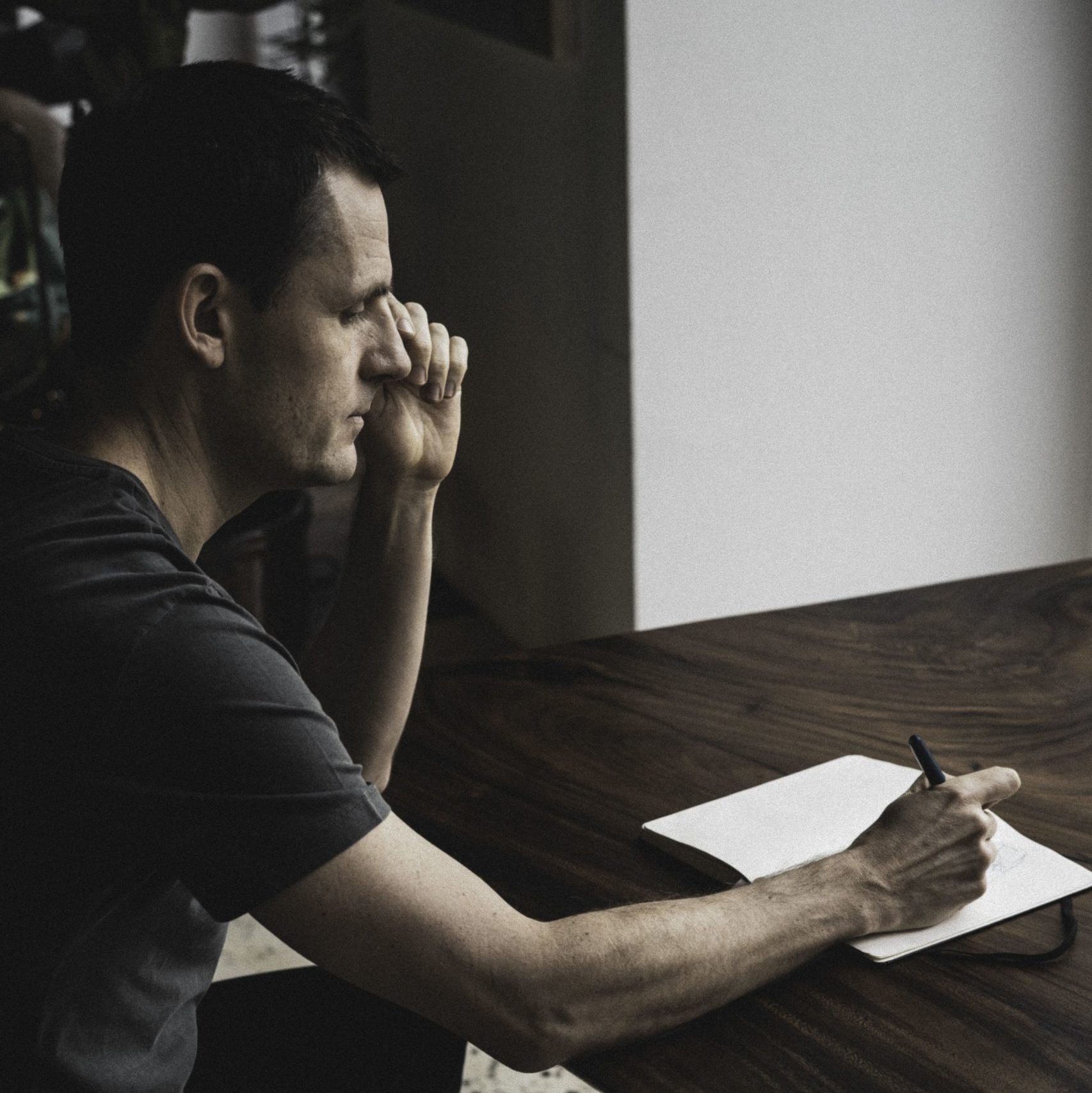 artist, the Chairman of the Architectural Council of Moscow since 2012, supervisor of the Сreative Industry and Urban Science section of the St. Petersburg International Cultural Forum.

The first online workshop was driven by the conditions of the lockdown imposed in Moscow. I received a request for the class from my colleagues. This was not my first time although I can't say I do it regularly. However, after the live broadcast, it became clear that there were a lot of people interested, and it was decided to run such demo workshops weekly. It's not a life hack as such — I just do what I love and take the maximum from the state of restrictions we've all suddenly found ourselved in.

The main difficulty I have encountered is time. On the one hand, the time of the workshops which was not suitable for everyone. Most of my followers are from Russia, but there is a fairly large percentage of people from the other countries, for example, from Argentina, India, the U.S., and workshops held in Moscow evening time turned out to be at dawn for them.But Instagram is a convenient and functional platform, so now I save the broadcasts with the workshops and anyone can access them at any time. On the other hand, it's personal time. During a blanket lockdown, it was easier to organize your day and schedule the broadcast without any time changes. Yes, I am an artist, but first of all I am the Chairman of the Architectural Council of Moscow, and now that we have returned to the usual schedule, it is not always easy to keep the weekly basis of the classes. However, I try to run them at least once a month.

I like to communicate with like-minded people. I believe this is an exchange. And I am grateful to the audience that participates in this exchange. It's as important to me as it is to my students. The exchange of works created during the workshops became possible thanks to a special #demo_SK hashtag clicking on which you can see more than 500 paintings of the workshop participants. The workshop had a cultural and an educational purpose at first. But now, other art techniques, such as charcoal drawing, are also demonstrated during the workshops apart from watercolor painting. Topics of the online lessons also vary: from the practice of painting the small details (animals, people, cars, interior objects, etc.) up to depicting the comprehensive plots (movie stills, travel photos, home interiors), which is up to every participant to choose or to rely on the demonstration. Thus, the main function of the project today is to teach.