Online photo exhibition by the war photographer and cameraman Ilya Arons and famous cinematographer Valery Ginzburg represents Berlin before, during and after the World War II Victory.

Photos were made public for the first time. The online exhibition was "attended" by more than 60 thousand viewers. More than 400 articles devoted to the exhibition were published by the media. 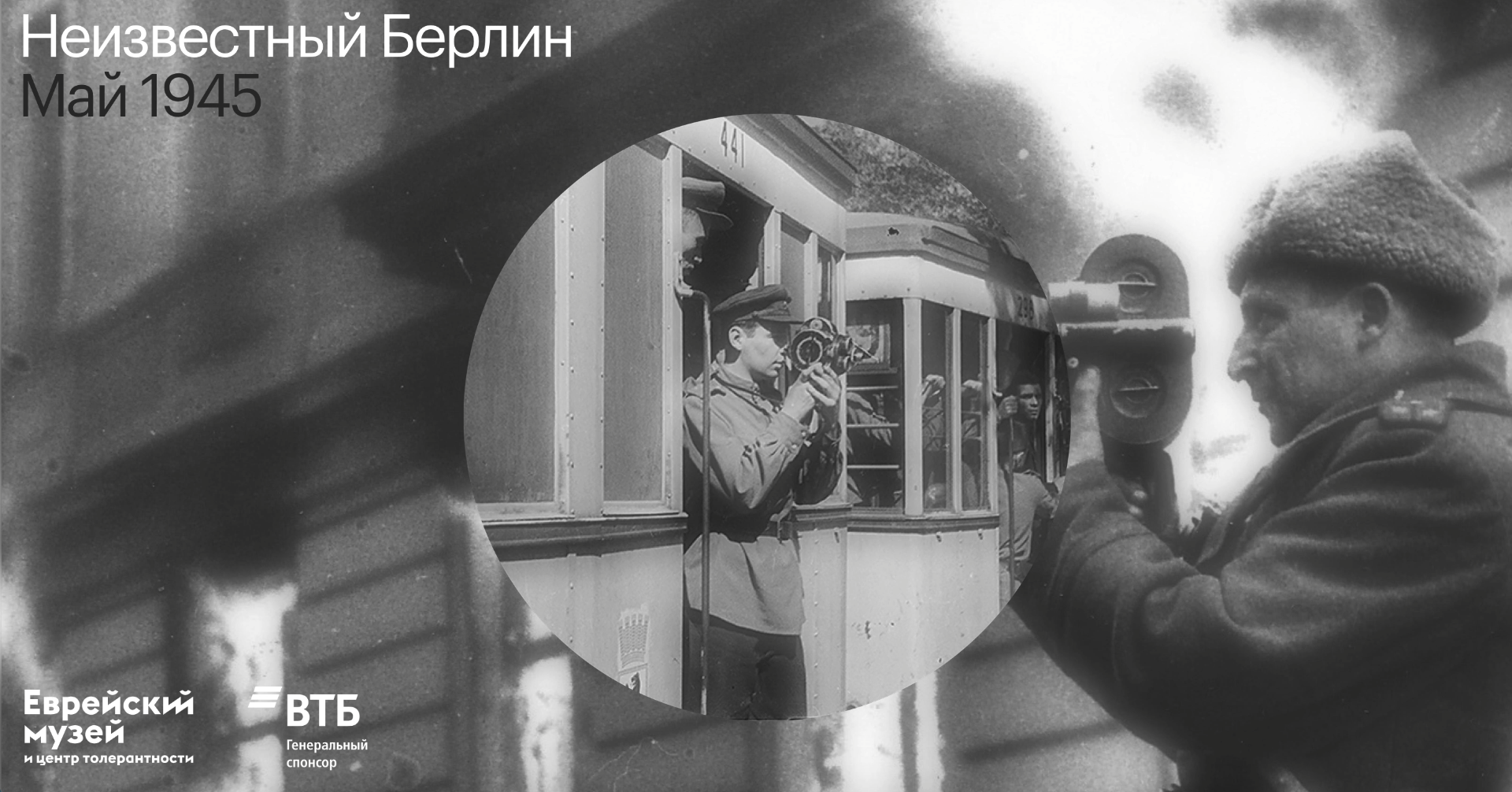 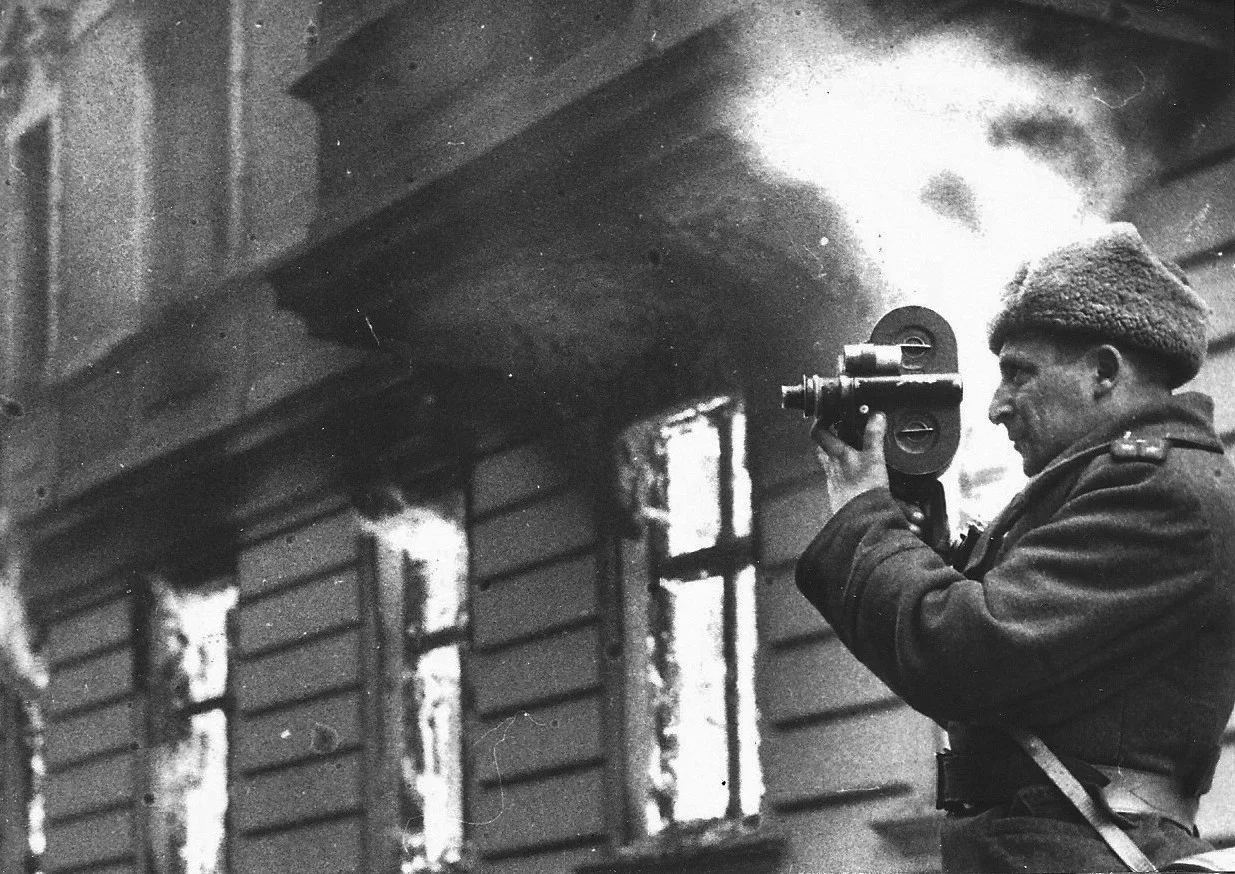 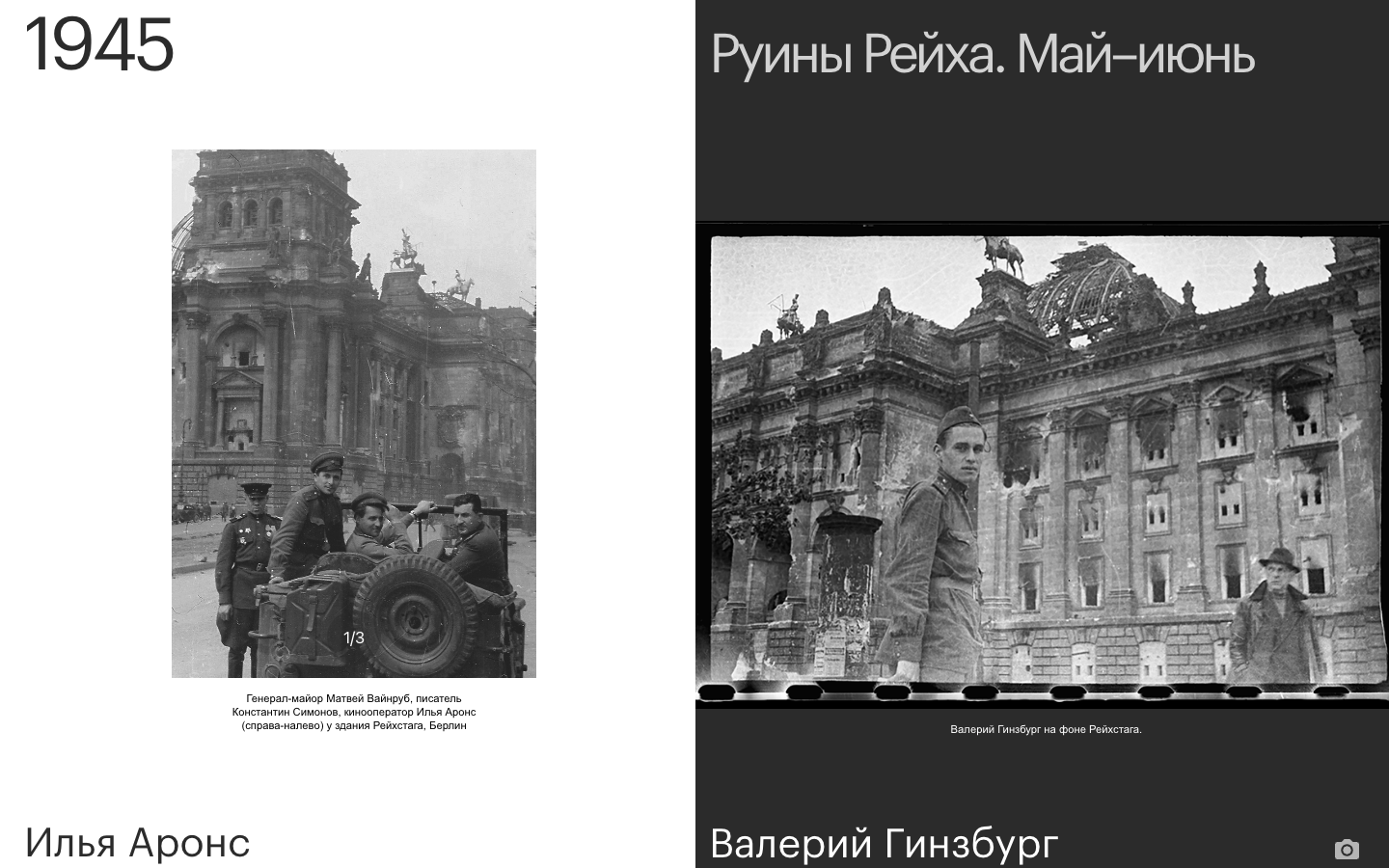 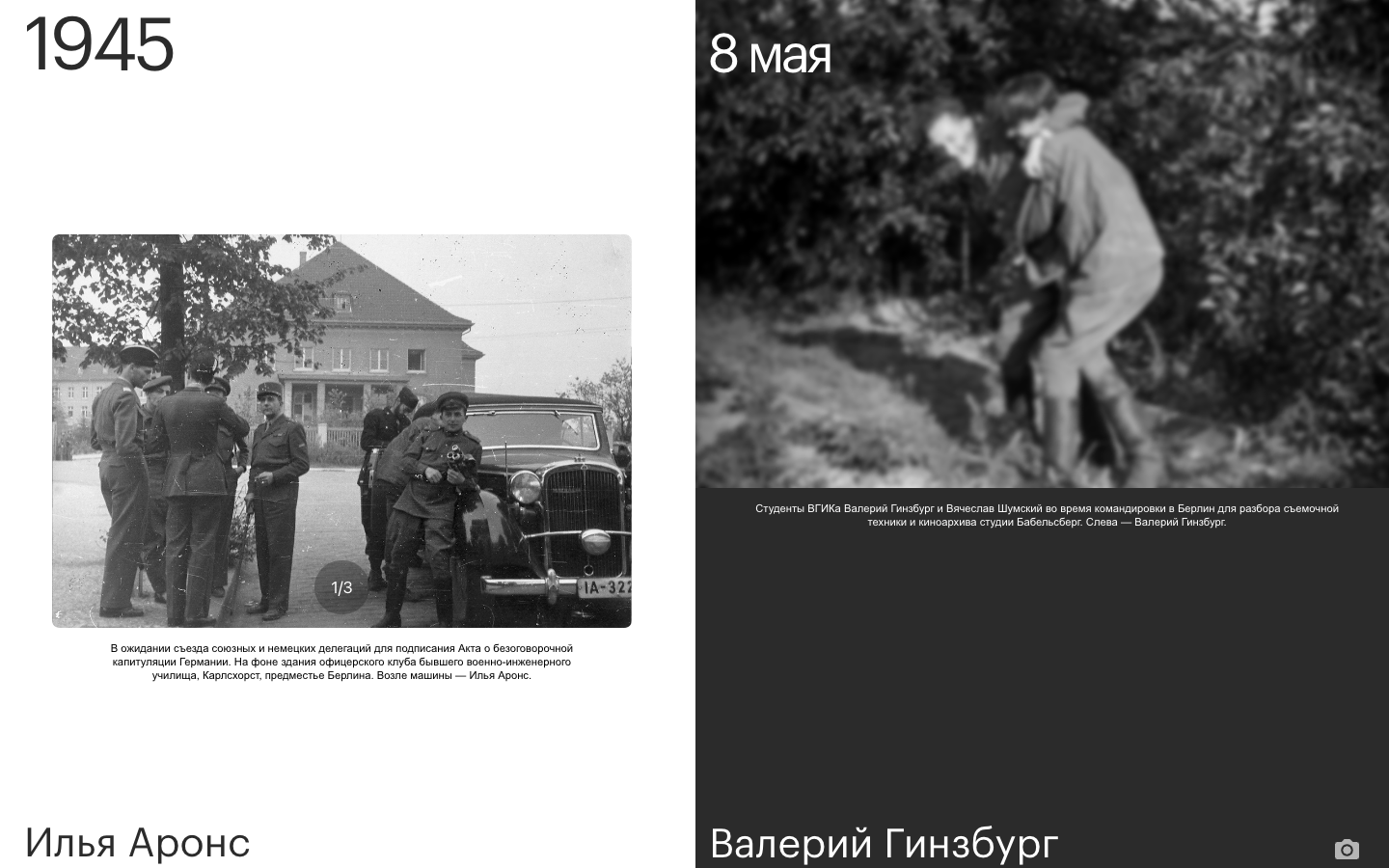 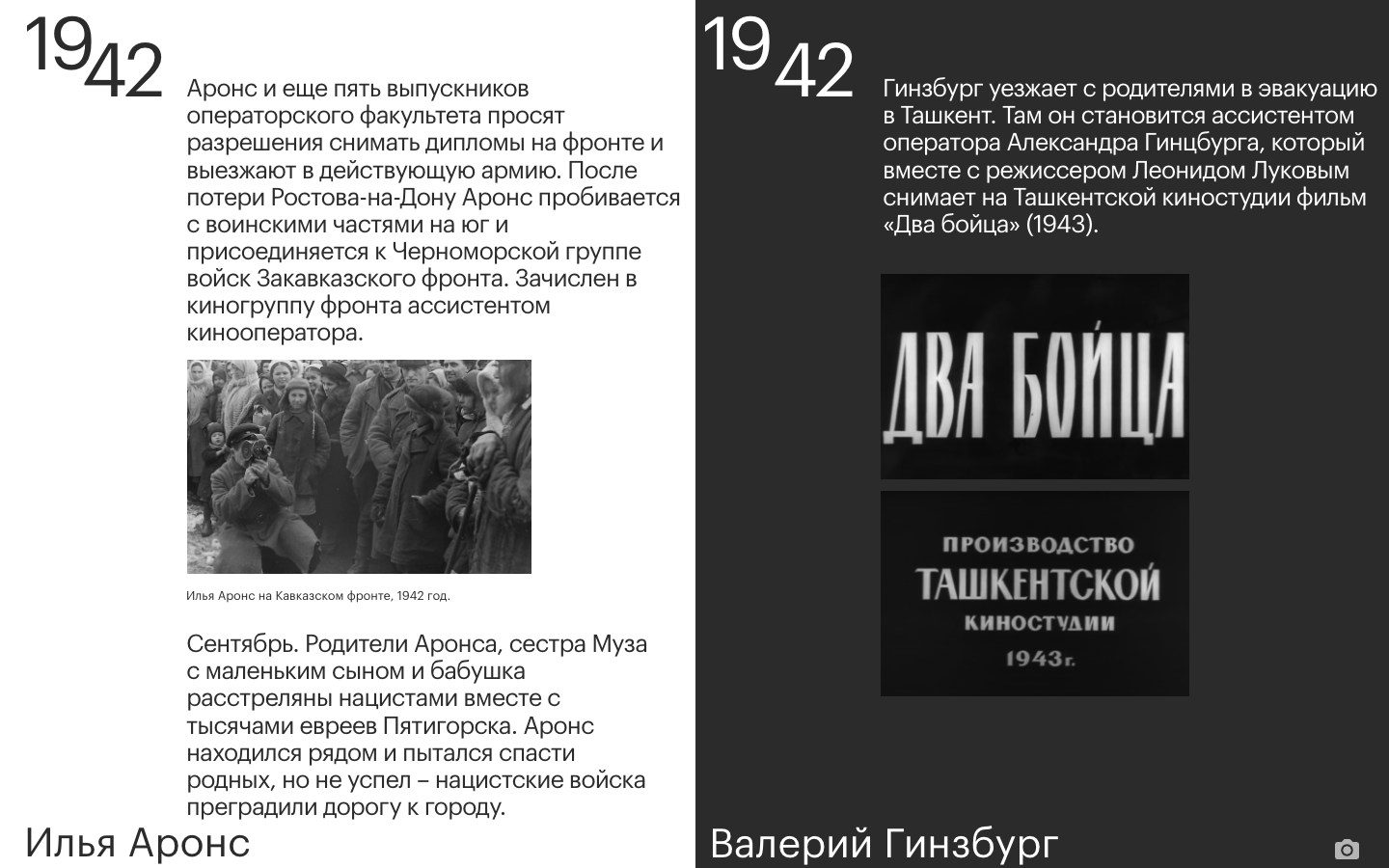 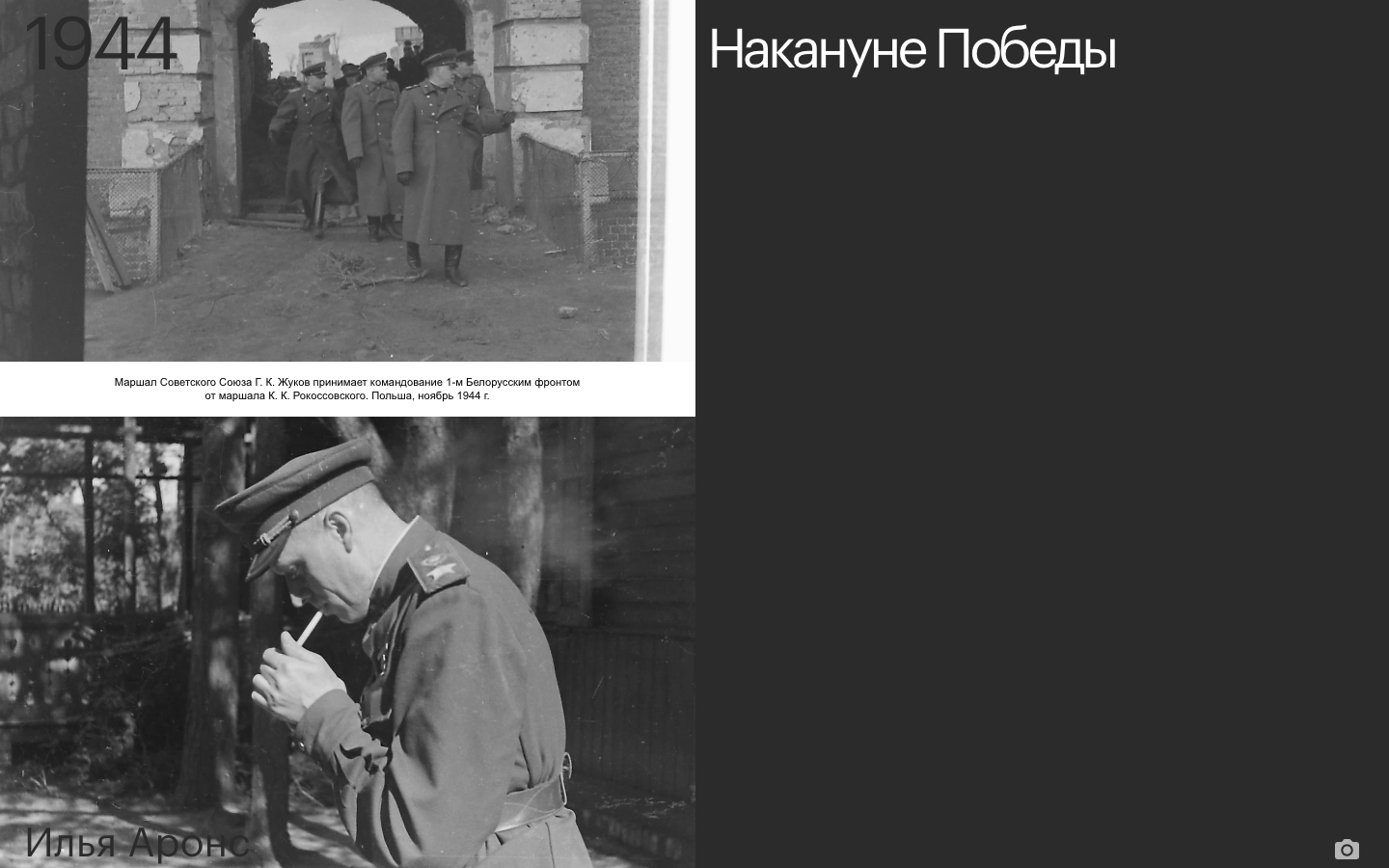 Exhibition organizers managed to find two unique photo archives related to the war and the Victory. War photographers and cameramen entered Berlin along with the Red Army in the spring of 1945. After the hell of the war they had gone through, they captured the chronicles of the Victory. Legendary shots of the defeated Berlin, which would circle the globe, were made by the Jewish photographers following the disaster started by Hitler to wipe up this people.

Ilya Arons and Valery Ginzburg both graduated from the Russian State University of Cinematography named after S. Gerasimov (VGIK), participated in the defense of Moscow as part of the people's volunteer corps and saw Berlin in May 1945. Yet, these two views of them differ a lot. One - by an experienced war photographer and cameraman who understood well what exactly he was shooting. The other - by the VGIK student who would soon become an outstanding cinematographer, but at the moment was just capturing the moments and the atmosphere of those unforgettable days. Therefore, Berlin captured by them was diverse.

UNKNOWN BERLIN HAD EVERY CHANCE TO REMAIN UNKNOWN 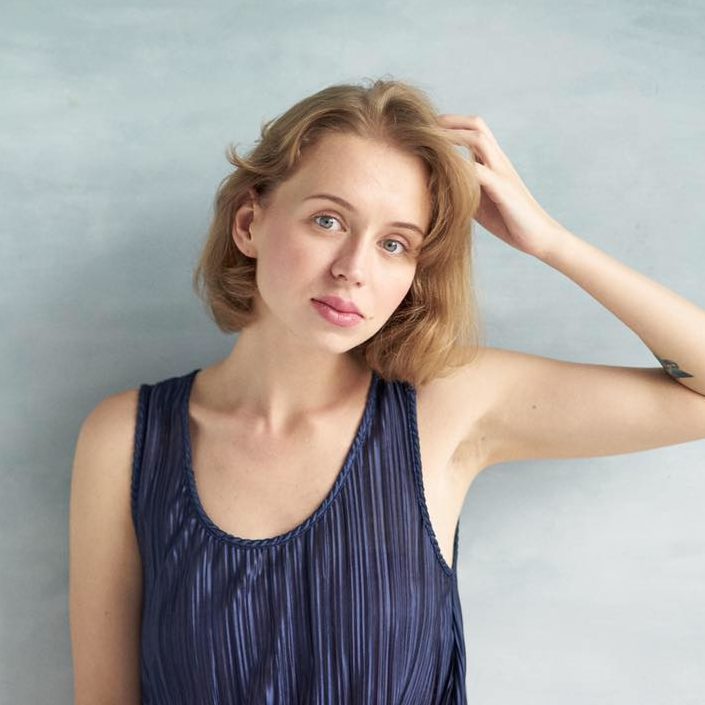 Content Director of the Jewish Museum and Tolerance Center

Unknown Berlin had every chance to remain unknown - opening of an exhibition devoted to the photographs of post-war Berlin which had never been published before, scheduled for early May at the Jewish Museum, was postponed for an indefinite period due to the pandemic. However, the Unknown Berlin online exhibition has opened without any restrictions for all the visitors. It has not replicated the "real" exhibition arranged in a closed museum, but turned out to be an independent media product having its own script and exhibits, customized for the needs and requests of the online audience.

Arons and Ginzburg are war-time cameramen of different ages and with different histories. One of them entered the defeated Berlin together with the Red Army troops and saw the banner on the Reichstag, the fall of Berlin and the World War II Victory with his own eyes. The other one arrived to Berlin with a study group as a VGIK student in the summer of 1945. The most difficult part of the project was to show Berlin through their eyes: of an adult man who went through the war and lost his family when the Nazis shot thousands of Jews in Pyatigorsk; and of a young man who was eager to fight but sent home due to health problems. One can recognize the places of the present-day Berlin on the photos - the Brandenburg Gate, the Cathedral, Kurfurstendamm Boulevard alternate with the districts and squares that no longer exist. Pictures capture both famous people who participated in the liberation of the city (Marshal Zhukov and Marshal Rokossovsky, Konstantin Simonov and Yevgeny Khaldei), as well as former prisoners and peaceful Berliners slowly returning to normal life.

Online project is sectioned according to the topics so that the visitor could trace the Victory days together with the heroes of the exhibition. These include: May 8, signing of the Unconditional Surrender of Germany; the Ruins of the Reich section showing destroyed and war-scarred city; the Walk section demonstrating everyday life after the war; and many others. The online exhibition consists of more than 50 photographs that Arons and Ginzburg took in Berlin for themselves as a keepsake many of which were not included in the list of shots shown at the exhibition in the museum. These pictures complement the eyewitnesses' memories of the main historical moments of spring-summer 1945, and the public program prepared by the museum for the 75th anniversary of the end of the Great Patriotic War.