Virtual exhibition of photographs by Andrey Smolnikov, dedicated to the Great Patriotic War veterans from Stavropol, was held at the Izobilnensky District Museum of the History from March 14 to October 30, 2020. 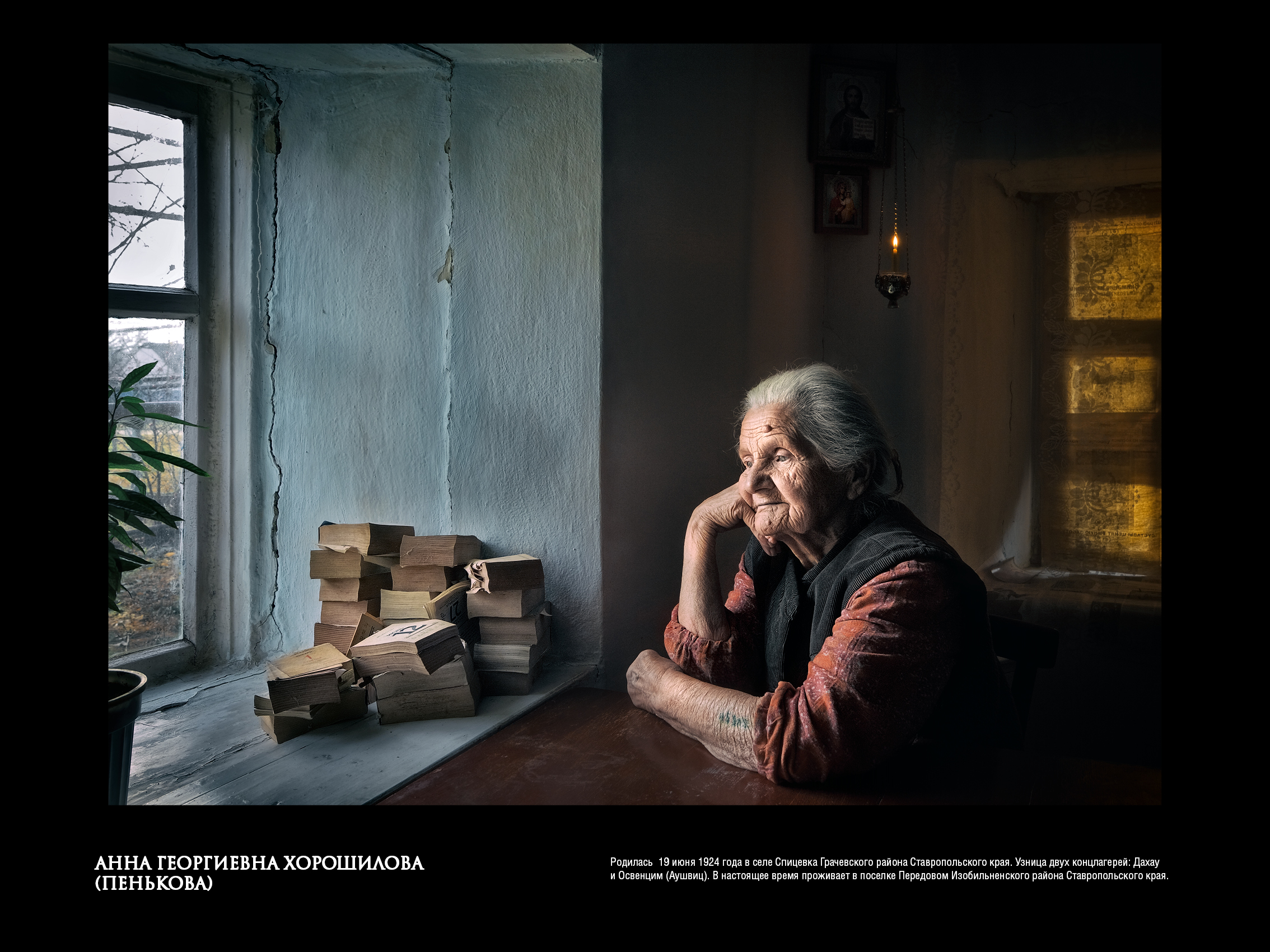 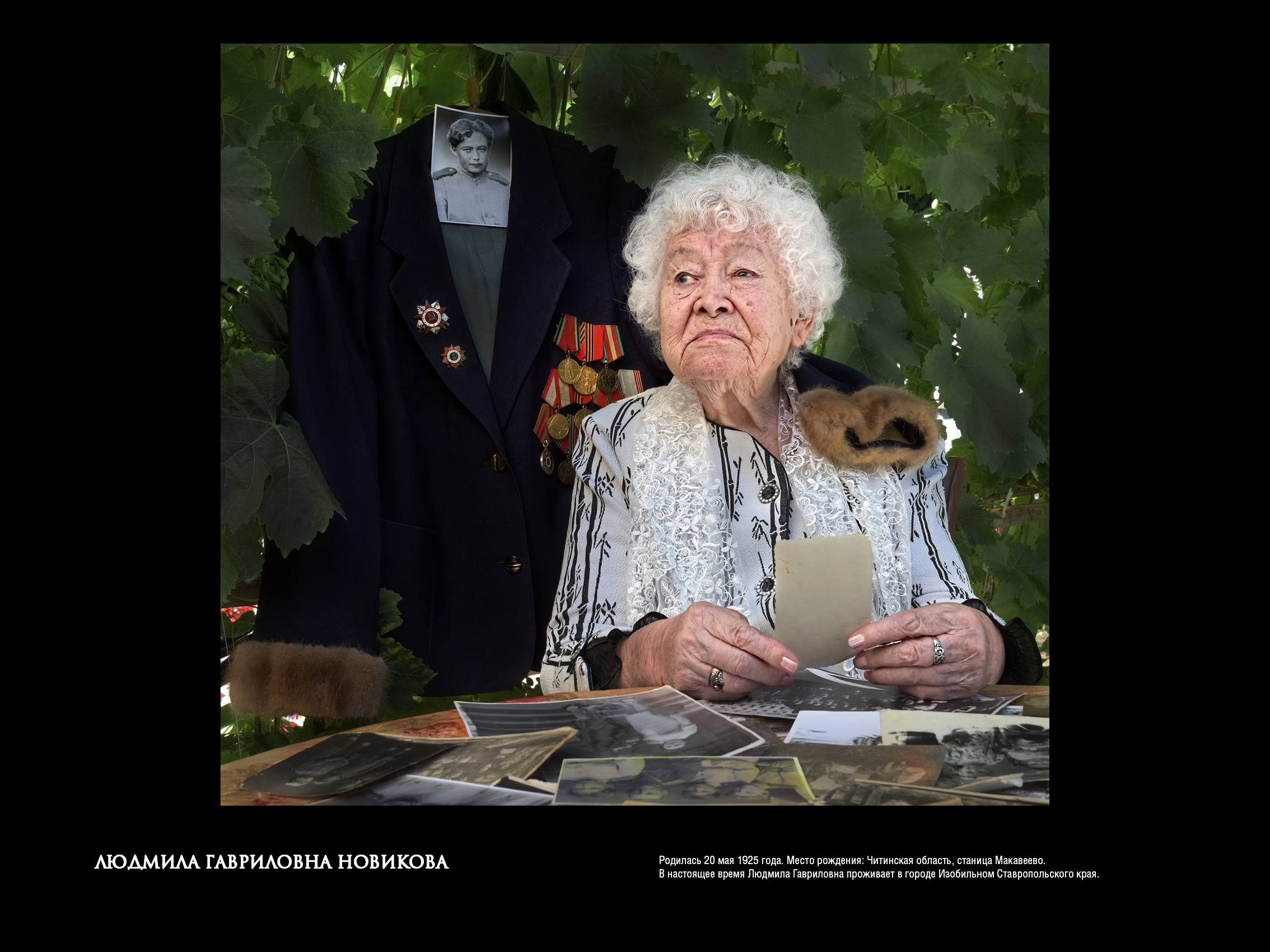 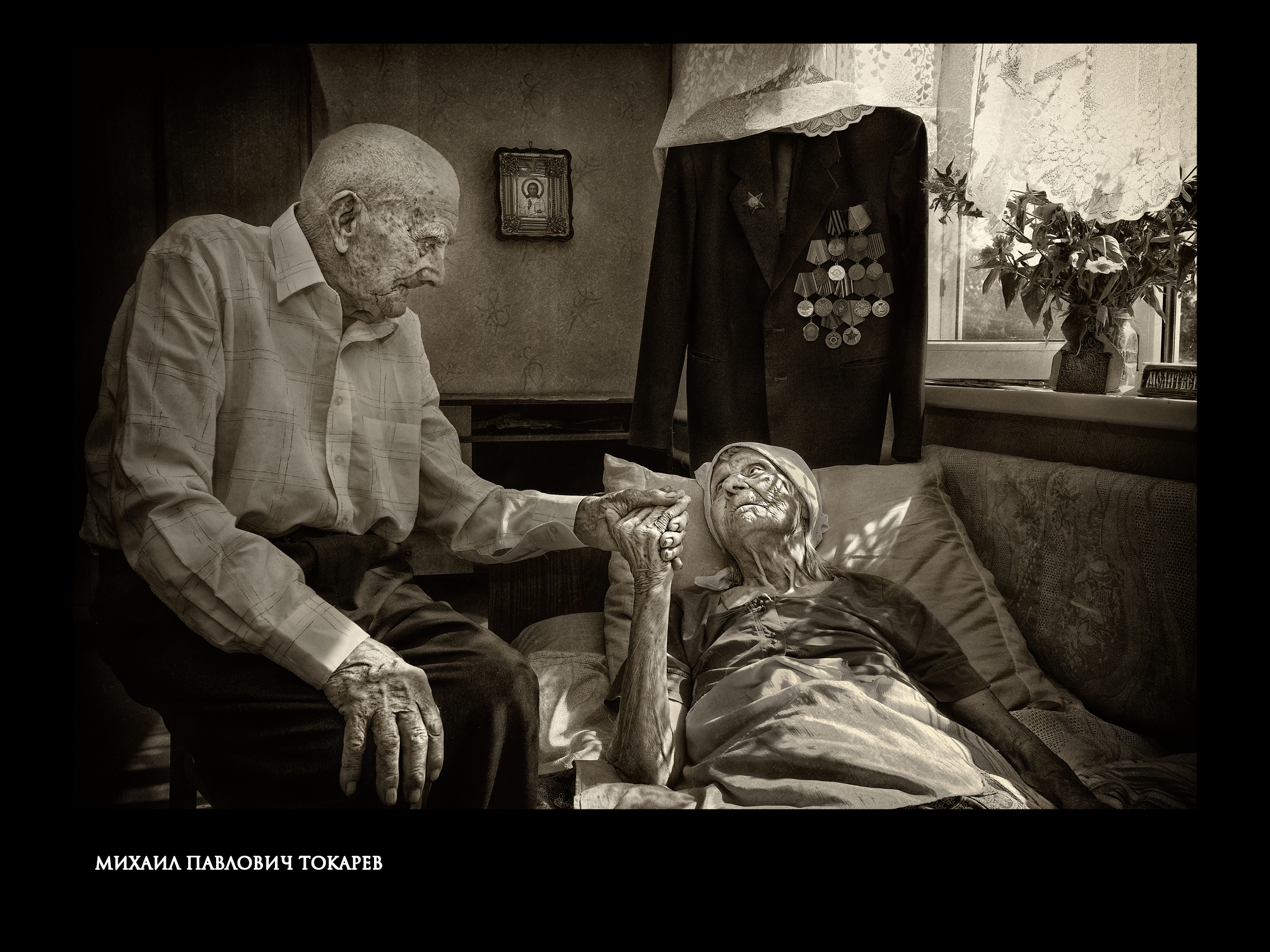 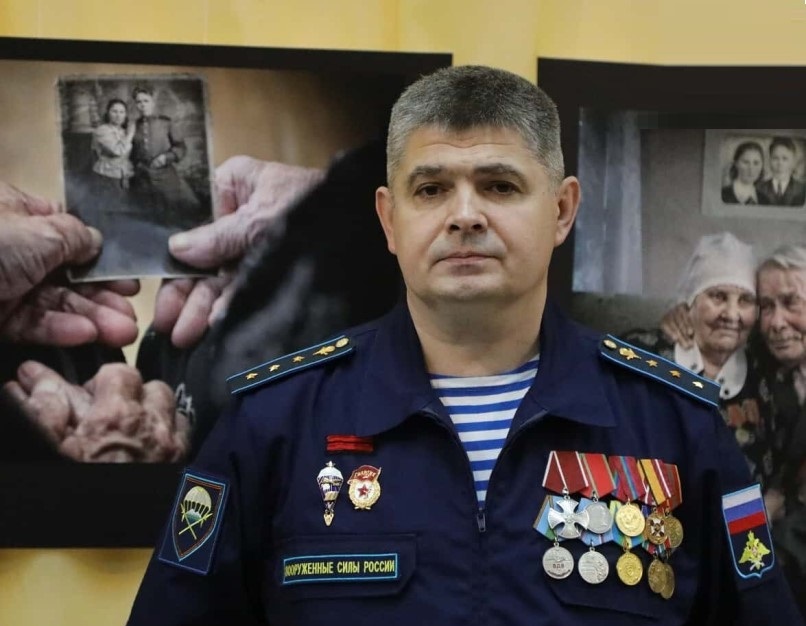 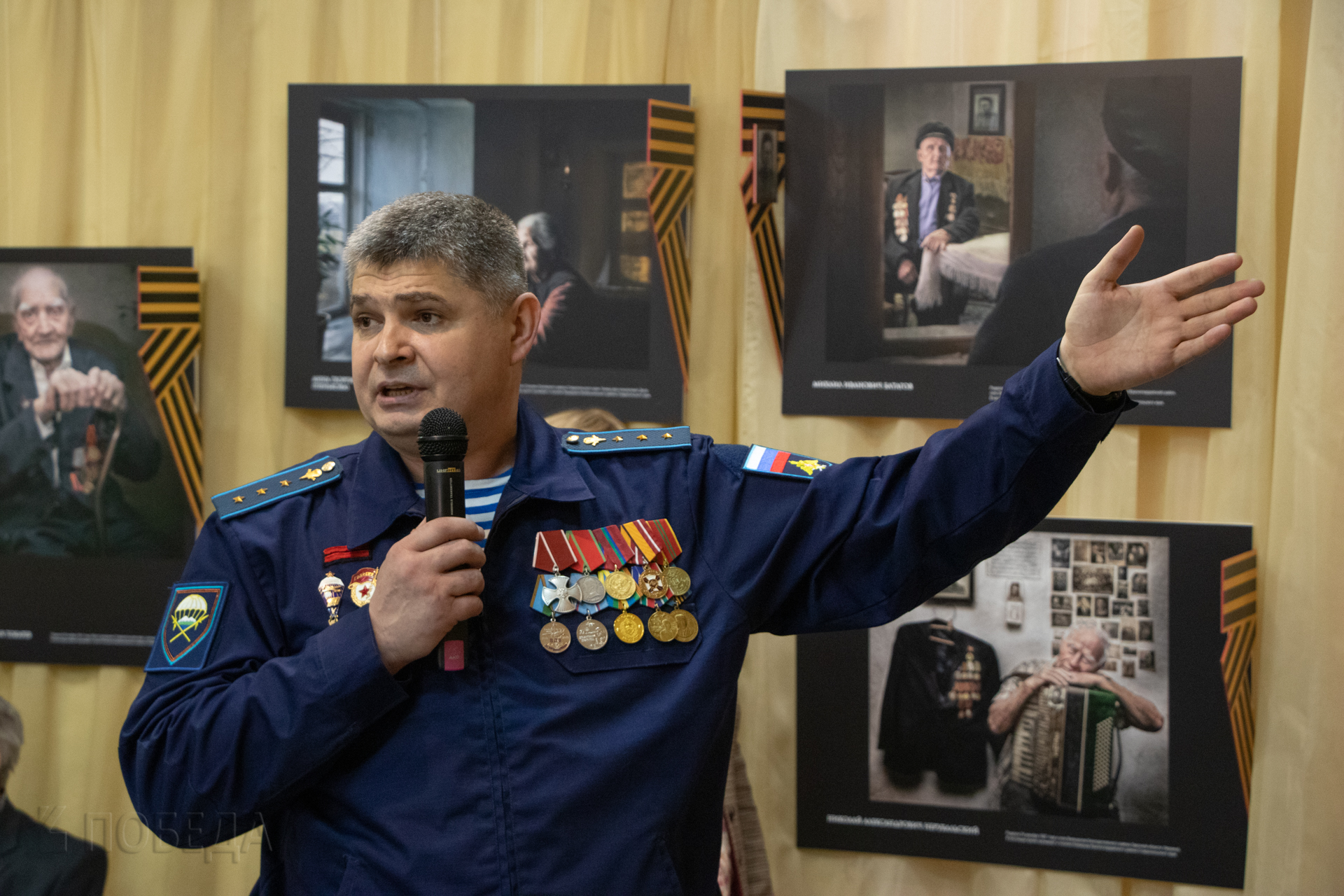 Initially, the exhibition, dedicated to the Year of Memory and Glory, was supposed to be held in the traditional format, but due to restrictions imposed on the museum, it was decided to present the works online on the website of the Izobilnensky District Museum of History State Budgetary Institution of Culture of Stavropol Krai. This project is a result of the joint efforts by the museum staff and the photographer. Visitors of the museum's website can read about the idea of the project and the life of Andrei Smolnikov. Unique shots of the heroes are complemented by life stories and war-time photos.

"Time for Silence" is the name that accurately renders the emotional state of those who see these pictures. Photographs show twenty-six veterans; two of them were awarded as the Heroes of the Soviet Union. One of the women shown was a prisoner of two concentration camps - Dachau and Auschwitz. The project is also important for the authors because 20 participants of the Great Patriotic War depicted on the photographs live in the Izobilnensky urban district.

EVERYONE I KNEW SAID THAT MY PHOTOS WERE SO COOL, BUT I COULDN'T EVEN REACH THE FINALS AT COMPETITIONS 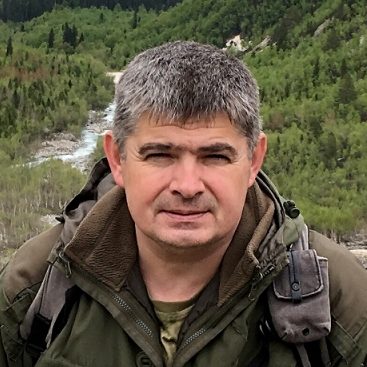 art photographer, author of the exhibition

At first it was nature. I often traveled to the Karachay-Cherkessia (I have friends there), climbed mountains, hiked in the forests, took pictures of nature. And then somehow it all changed. Nature moved to the background and I began to take pictures of people. It became closer and more interesting to me. I came to a church to ask for a priest's blessing. He blessed me. Everyone I knew said that my photos were so cool, but I couldn't even reach the finals at competitions. I started to examine the catalogs with the winning pictures and soon I realized that I was taking photos not telling about anything. I began to look at my works differently. That's when I went up to the next level. You have to live by this. I usually say to myself: "Take my camera away from me, and I will die in two days." I live by photography. It turned out that when I finished the military service, I put a machine gun in the armory, and took a camera instead.

To be honest, when shooting, I didn't think that there would be an exhibition and someone would see and even appreciate it, that someone would like it and eventually all this would result in a large exhibition in the Museum of Local lore. In fact, it's very hard to let all this go through you. All these veterans are alive. But imagine, if some of them passes away, it will become my personal tragedy.

There is one photographer in Russia — Georgy Kolosov. He said that there are three stages or levels of getting into photography. The first one is when you look at the scene: who is depicted, where is he/she depicted. The second level is more about evaluation. That is, you look at the photo and see how it was made: angle, light, composition. There is a third level — when the image completely gets inside of you. It catches you so hard that it becomes a part of you and your spiritual world. But this is nothing … it's what lies on the surface. But there is the fourth level — spiritual one. This one needs no comments.