The channel creates a VR library of unique recordings of VR concerts and musical excursions with spatial sound and immersion effect.

For the creators of the project, professional TV journalists, the Sonorum Scientia channel has become a successful experiment with technology that has opened up new possibilities for the perception of sound and space. VR video combined with spatial sound allows you to be alone with your favourite band, "visit" the stage during a performance, fully immerse yourself in the atmosphere of a creative act, get an unforgettable immersive experience and rethink your feelings. 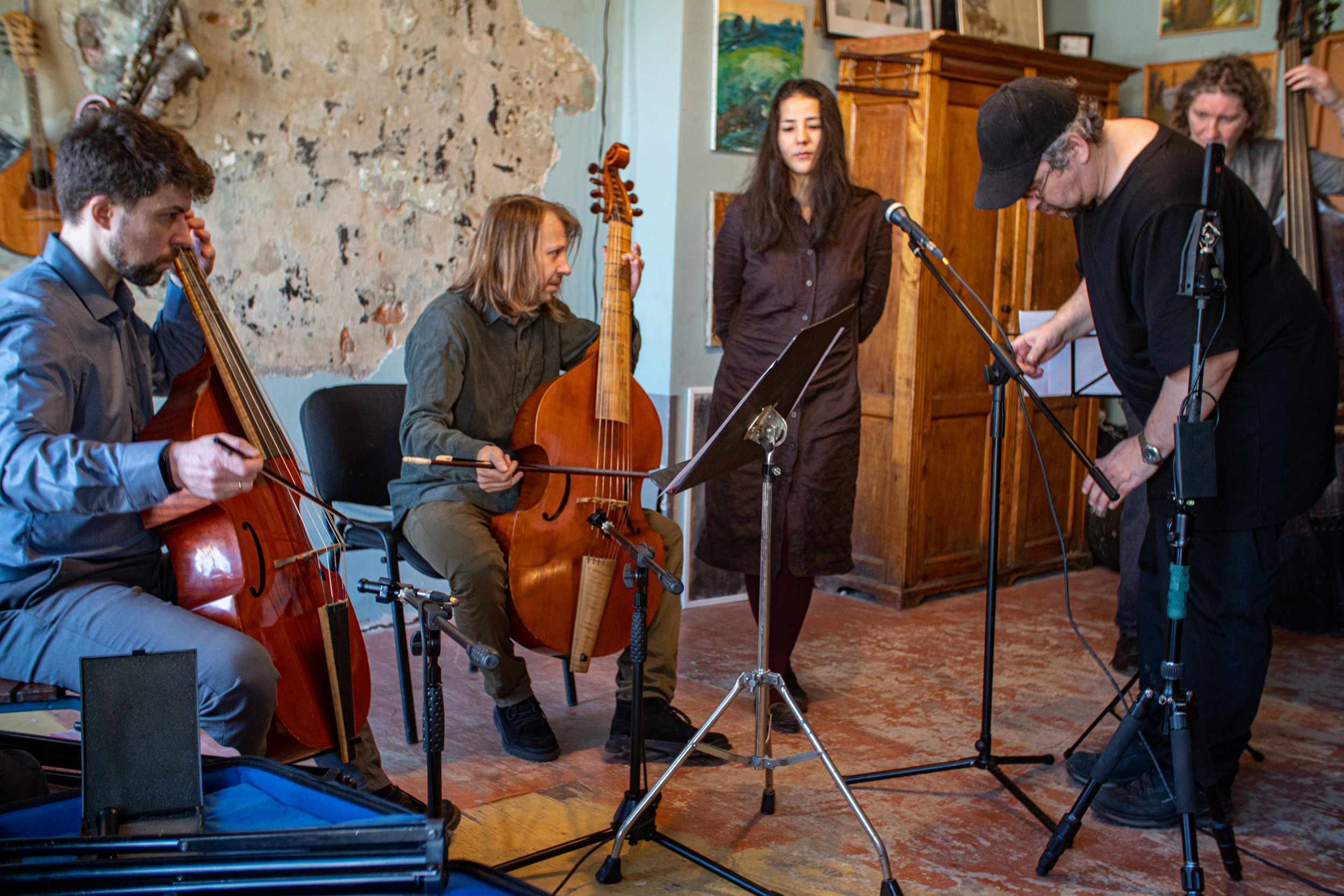 The channel cooperates with young and established musical groups working in a variety of musical styles, covers the famous festivals "Brodsky DRIVE", "Epicentrum", "VOLKOV ManiFEST", conducts the project "Music of the Pulkovo meridian", creates VR excursions. For musicians, the project is an opportunity to perform in a new format. In addition to spherical video, a feature of Sonorum Scientia is working with Ambisonics sound, a spatial sound that changes from the position of the user's head or her/his point of view. This is a kind of imitation of the real world: if you observe the sound source directly in front of you, then you will hear everything that is happening with both ears. However, if you turn your head to the left side, much more signal will get into your right ear. The same thing happens with the music space. That is why we advise you to wear headphones when watching channel releases. The channel includes several categories. Releases of 360 VR-Ambisonics sessions are absolutely exclusive.

These are neither recorded concerts, nor overheard rehearsals. These are music sessions played and mixed especially for the audience of Sonorum Scientia. VR live performances are VR versions of festivals, performances, creative statements in various art spaces. Sonorum Scientia in LOCO is a category of musical VR excursions in which musicians and musicologists talk about unusual places related to the history and modern trends of musical life. The channel is developing and preparing for the release of new headings and directions. - Our idea is dictated by technology. We have been working with video for more than 20 years and are well aware that any ordinary, flat video is a message from someone who was standing on the other side of the camera. It is the operator who controls the viewer's gaze. And 360 technology is a completely different philosophy of presenting material: a person finds oneself in space and is free to choose what to look at, where to turn one's head, what to linger on. The completeness of perception is completely different. We love music, theatre, and other unusual manifestations of creative thought. And so, combining the ability to make videos, hobbies and new technology, we got the Sonorum Scientia music VR channel. The first release was in March 2019. The very height of the first wave of covid, a lot of restrictions, you can't go anywhere, everything is closed. And although everything was strange and incomprehensible, things slowly began to move: musicians first became interested in the format, then theatre groups, then art spaces. Well, the concept began to be built step by step. There is no one to learn from in this direction, VR is still gaining momentum not only in our country, but also in the world, too. And when there is no school, you go yourself, open the topic from all sides. You peek at colleagues, invent something yourself. This, on the one hand, is such a forced freedom, first of all, from someone else's opinion, and on the other... In general, good advice would sometimes be very helpful. But it's cool to feel like pioneers, of course.

What difficulties did you face in the beginning?

- The biggest pitfall in our situation is probably the unreadiness of the audience to such a format of presenting cultural material. Although little by little things are going on, the viewer gets used to rotating the picture, he already likes to look at the details, there is already an awareness that you are present at the concert, and the musicians are playing for you. There is practically no such problem with the residents of the channel: creative people are always on the lookout, and VR is an interesting new tool for them. Over the past year, we have visited different countries and brought a lot of exclusive ethnic material. When we came to the country, we recorded a team that could show its culture as fully as possible. From Kyrgyzstan, we brought a recording of the amazing ensemble "Kambarkan", in Kazakhstan we got to an ethnic festival where iconic Asian teams performed, in Yerevan we were invited by Karen Mukaelyan to his workshop; he is one of the best craftsmen in the manufacture of the national Armenian instrument, duduk. Some videos are already ready and can be viewed on the channel, others are still in the works.

What is the value of your project for people?

- Probably, it is in a new degree of freedom. On our channel, the viewer is left alone with the performers, finds oneself on stage during a program, performance, inside the action in the truest sense: because the camera is right on stage. Do you often stand next to musicians on stage during a concert? Or do you find yourself in a circle of actors' hands a few seconds before the performance? Or do you walk next to the artist into the dressing room? And the 360 camera does this all the time, and invites you to live these stories together. In addition to 360 video, another feature of the channel is the Ambisonics panoramic sound, which is expertly controlled by our sound engineer Andrey Karlov. Together with a three-dimensional video, this gives a stunning effect: we try to convey with full authenticity the sound picture of what is happening. Of course, we are still experimenting. And so it will be for a long time. And it's probably great that more and more people want to take part in this experiment too.