Golden Trezzini online awards has the aim of turning the most artistically valuable architectural and design projects into museum objects. The Honorary Chairman of the International Council of the Awards is Mikhail Piotrovsky.

Golden Trezzini Awards for Architecture and Design, established in 2018, are named after Domenico Trezzini (1670—1734), Russian architect of Swiss origin, the first architect of St. Petersburg, author of the Peter and Paul Cathedral, Twelve Collegia Building and other masterpieces of Petrine Baroque. 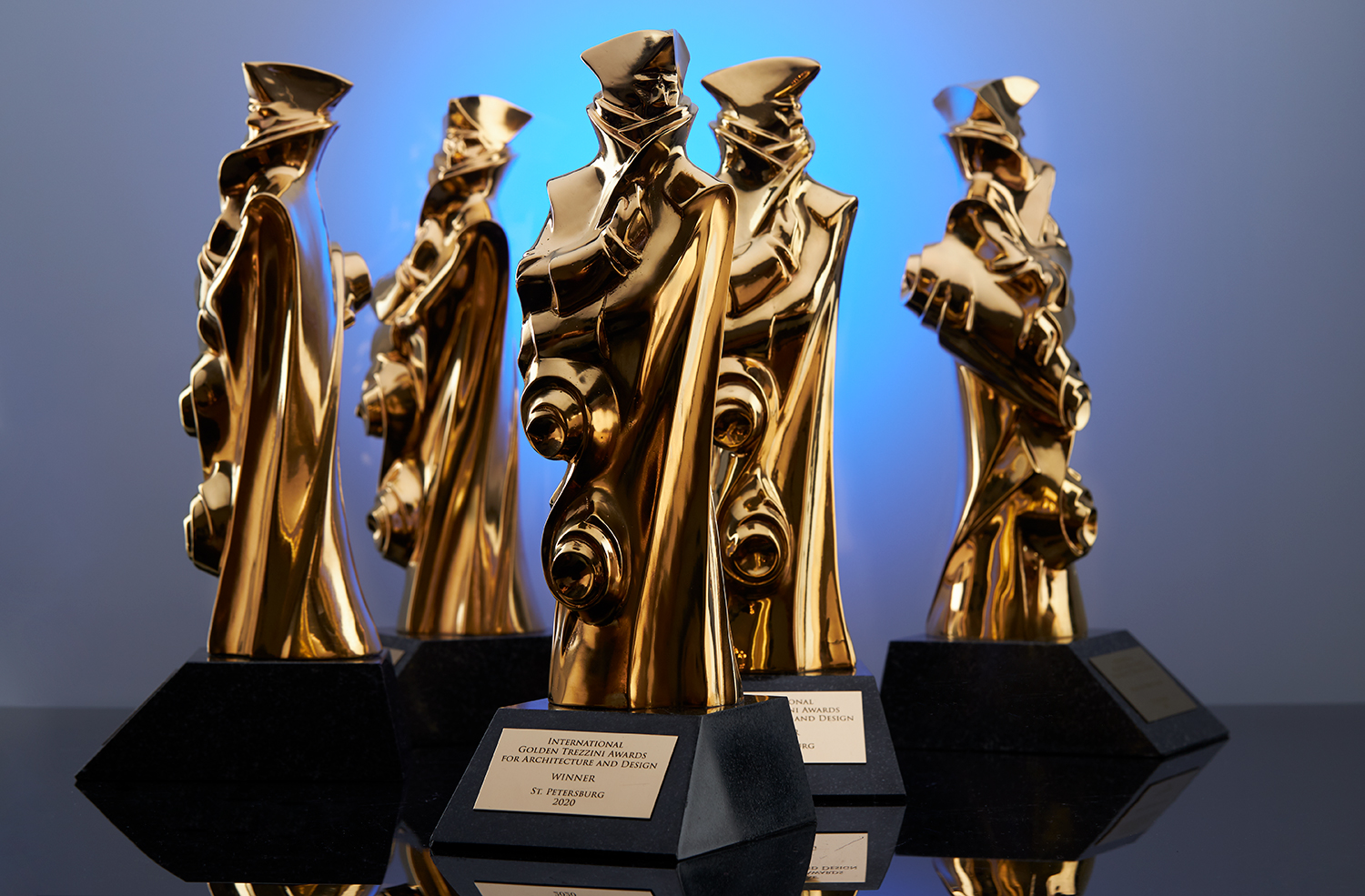 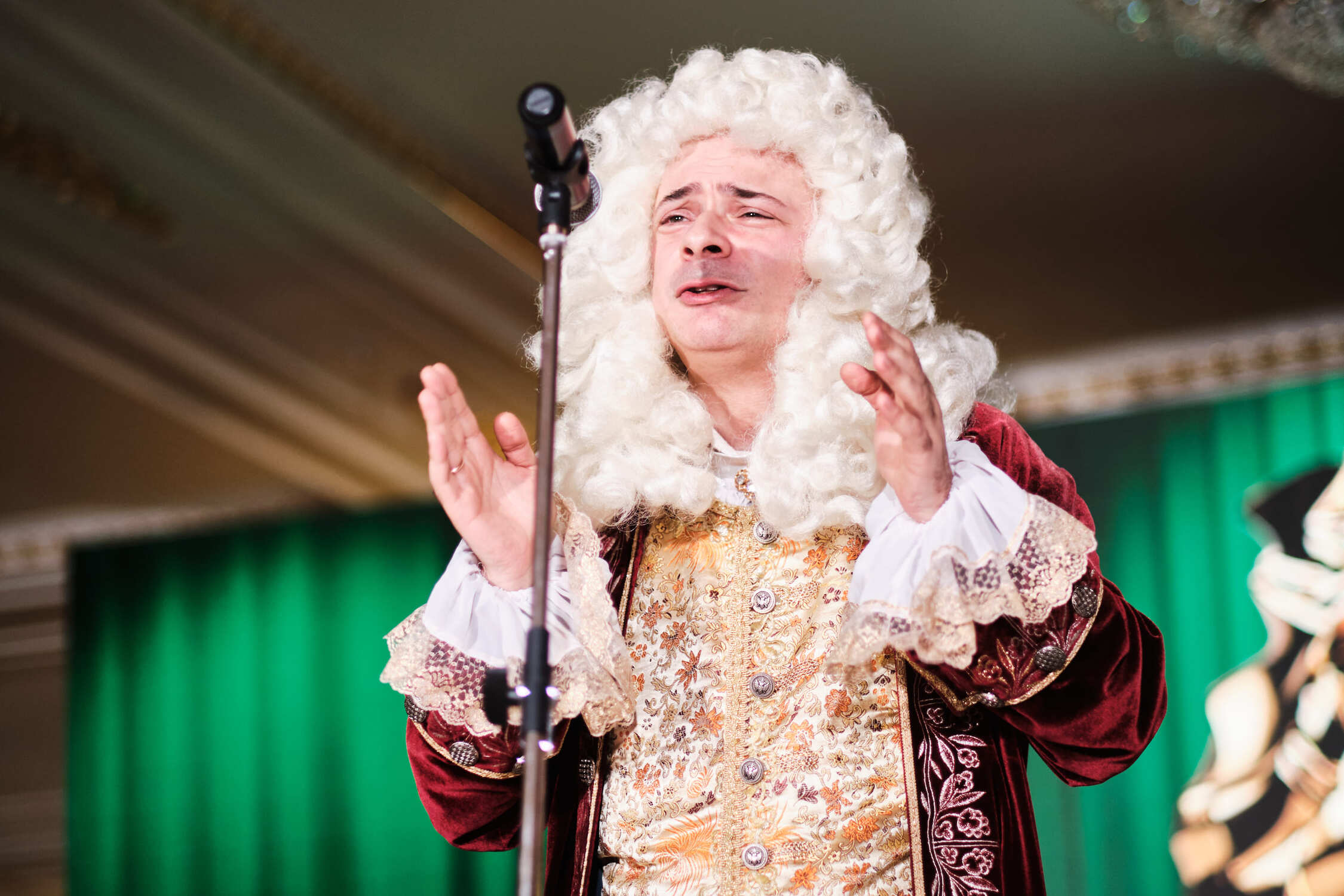 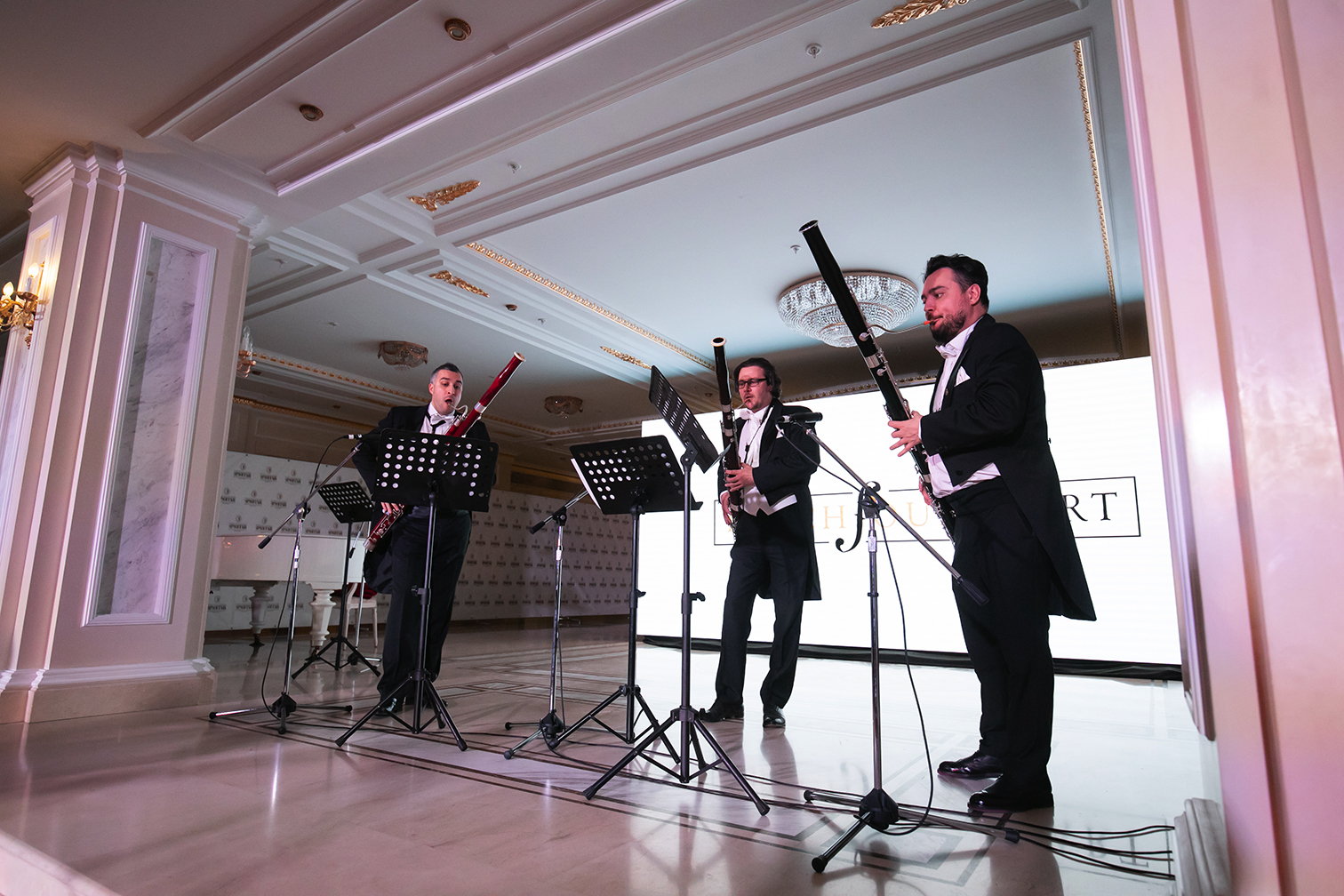 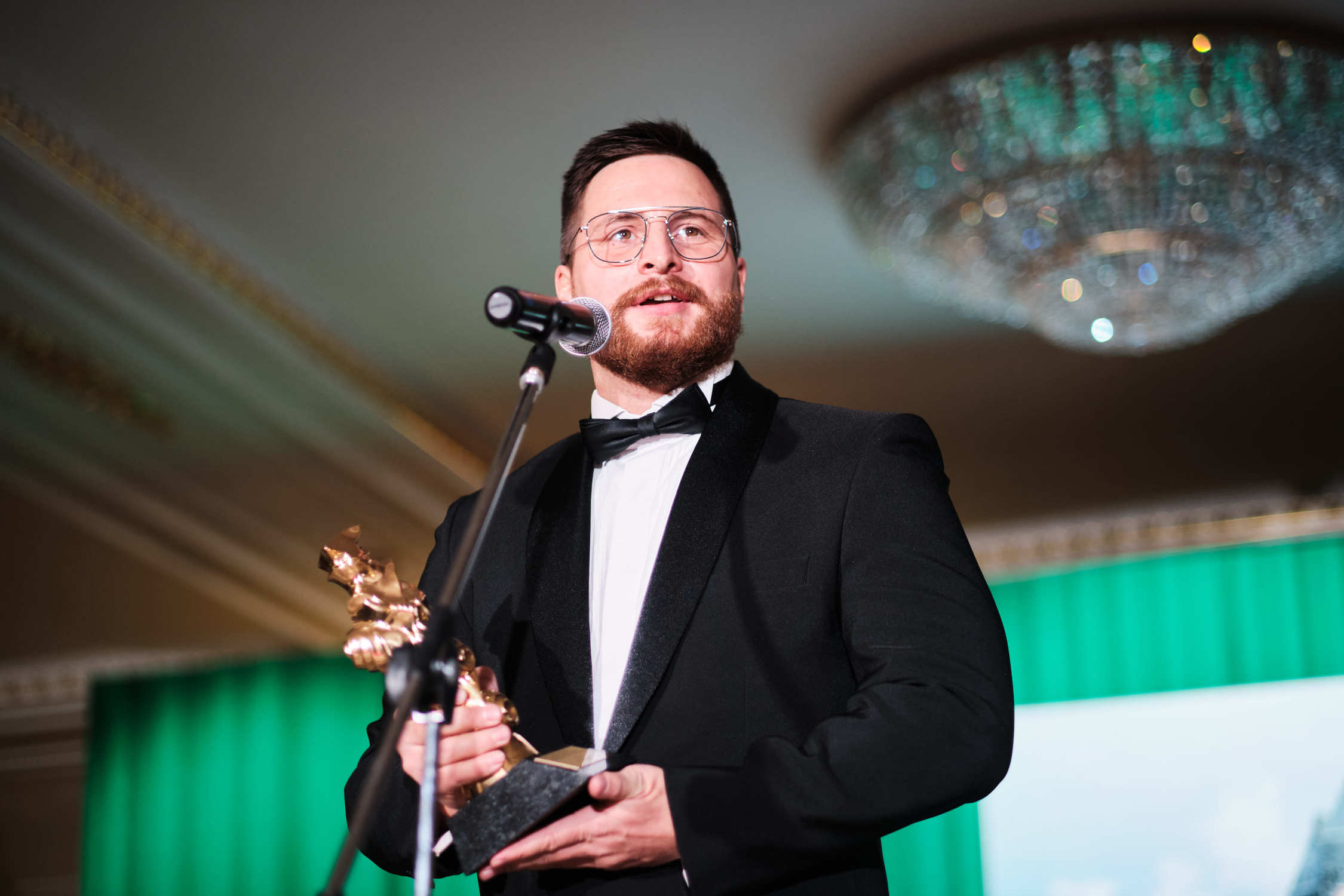 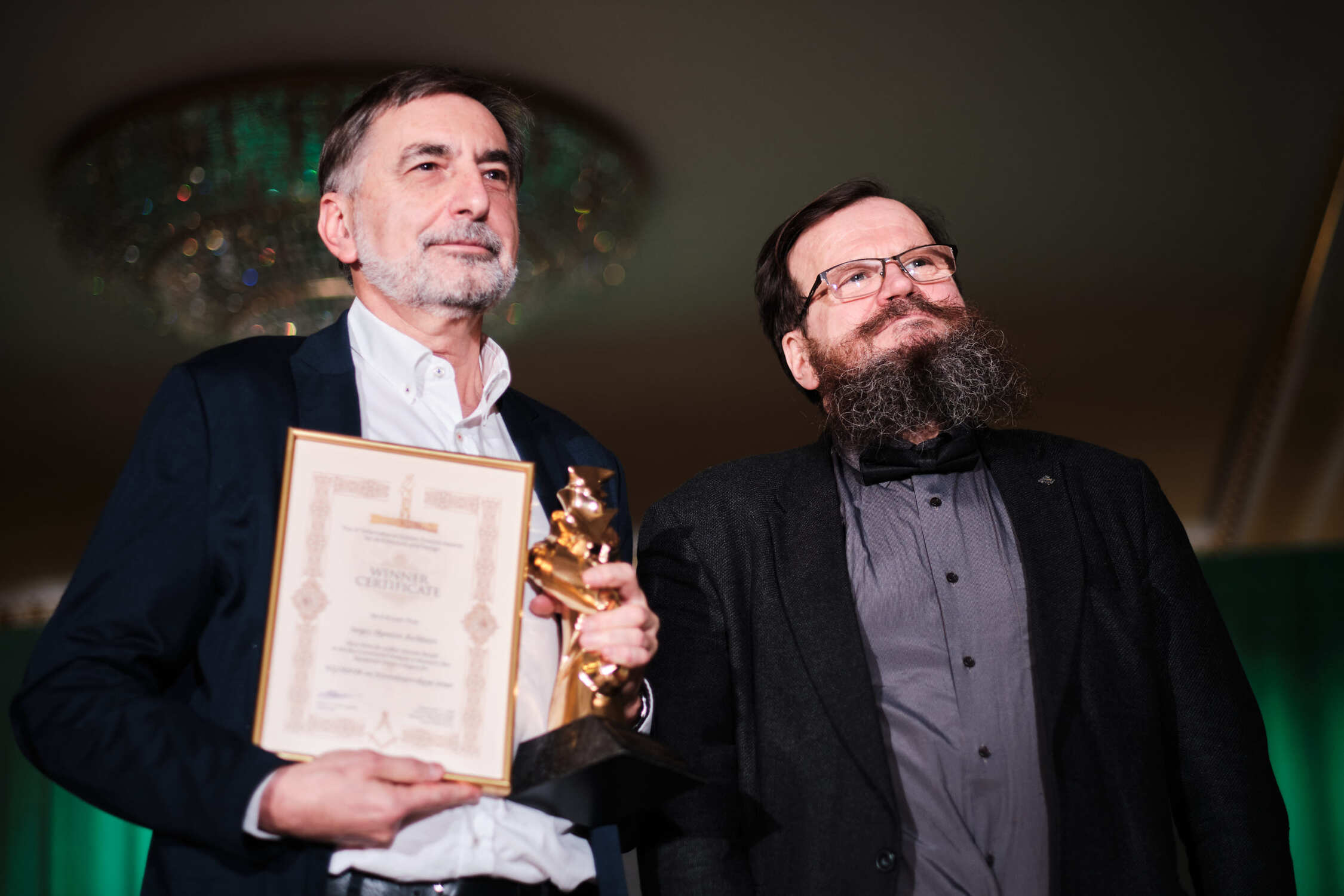 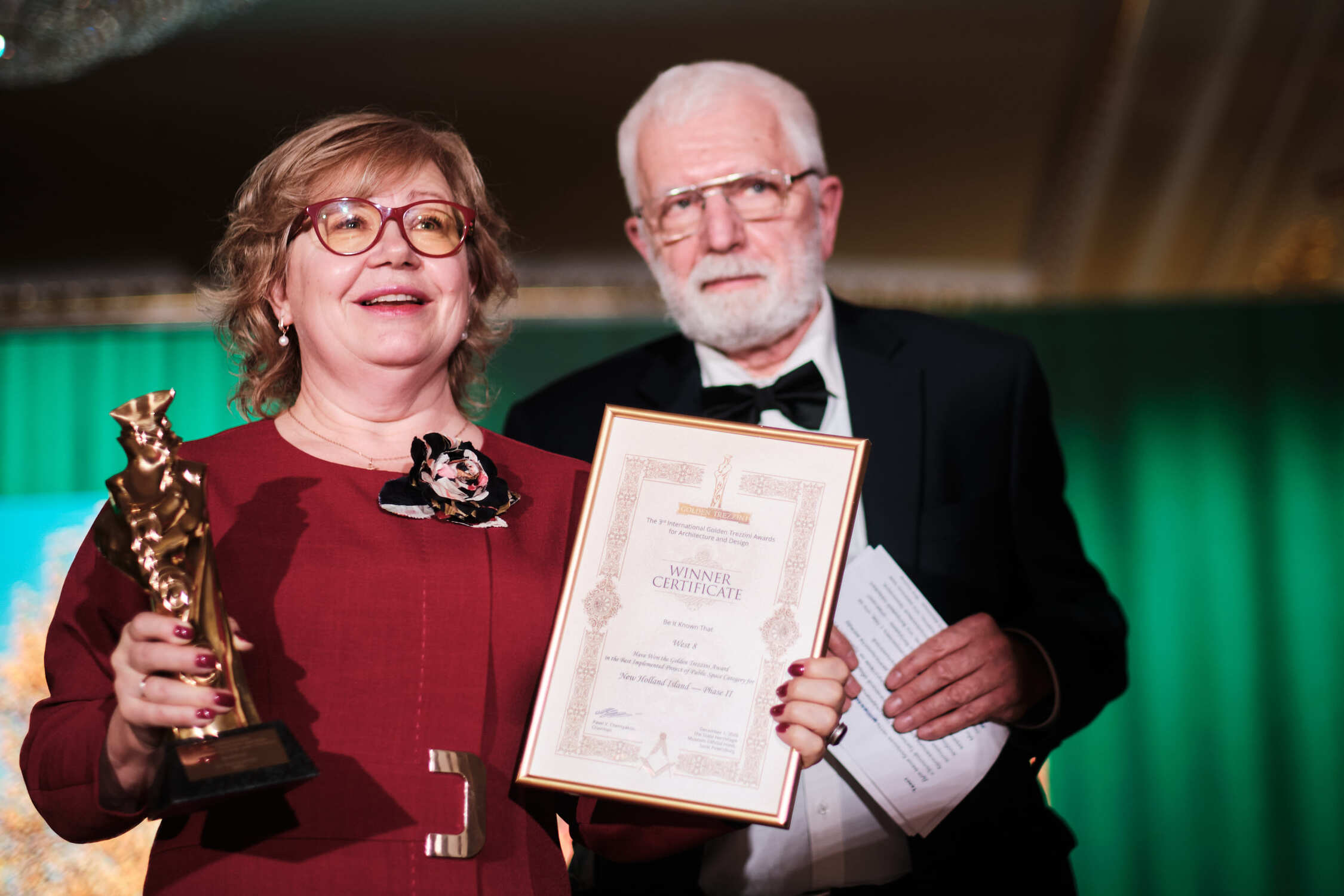 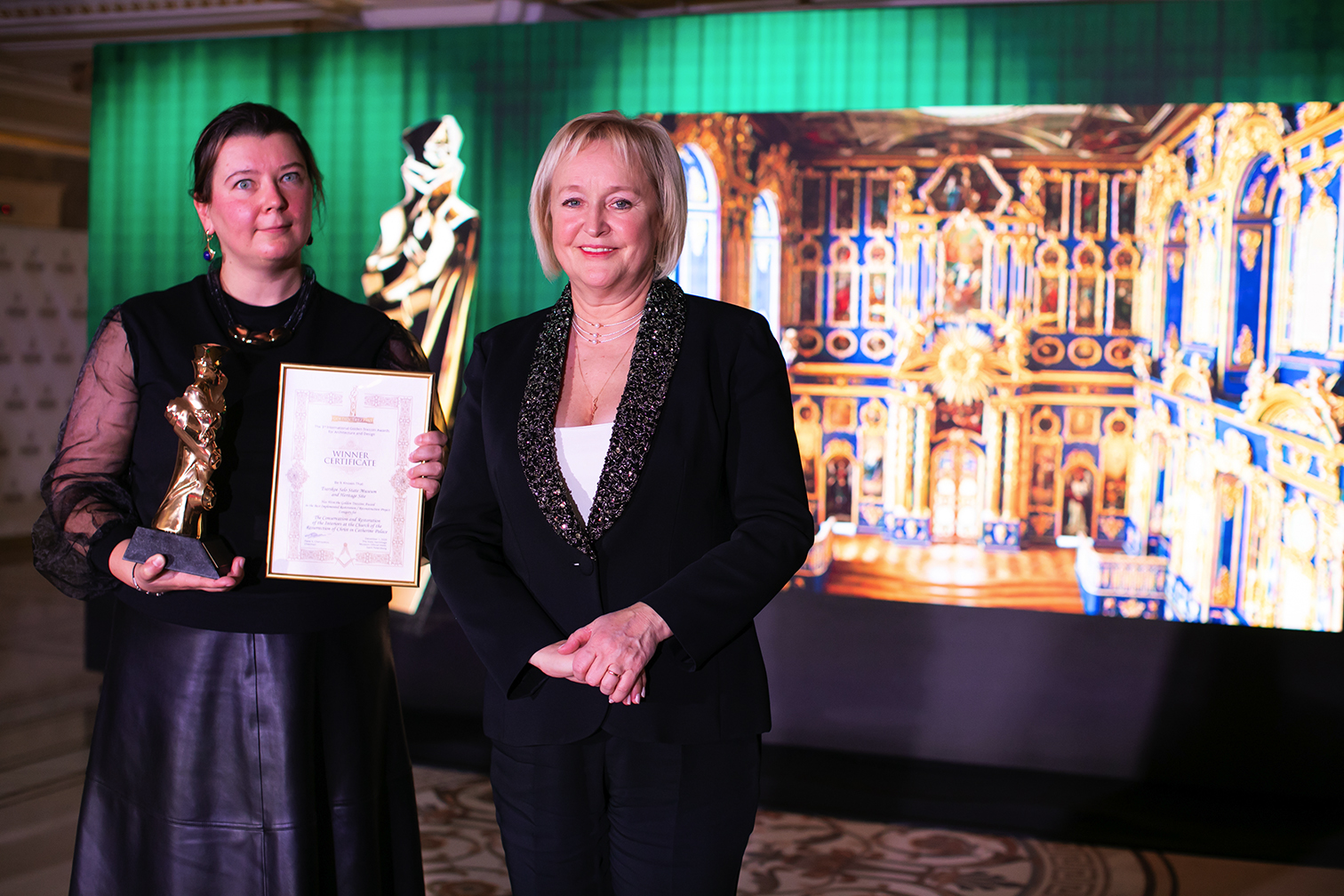 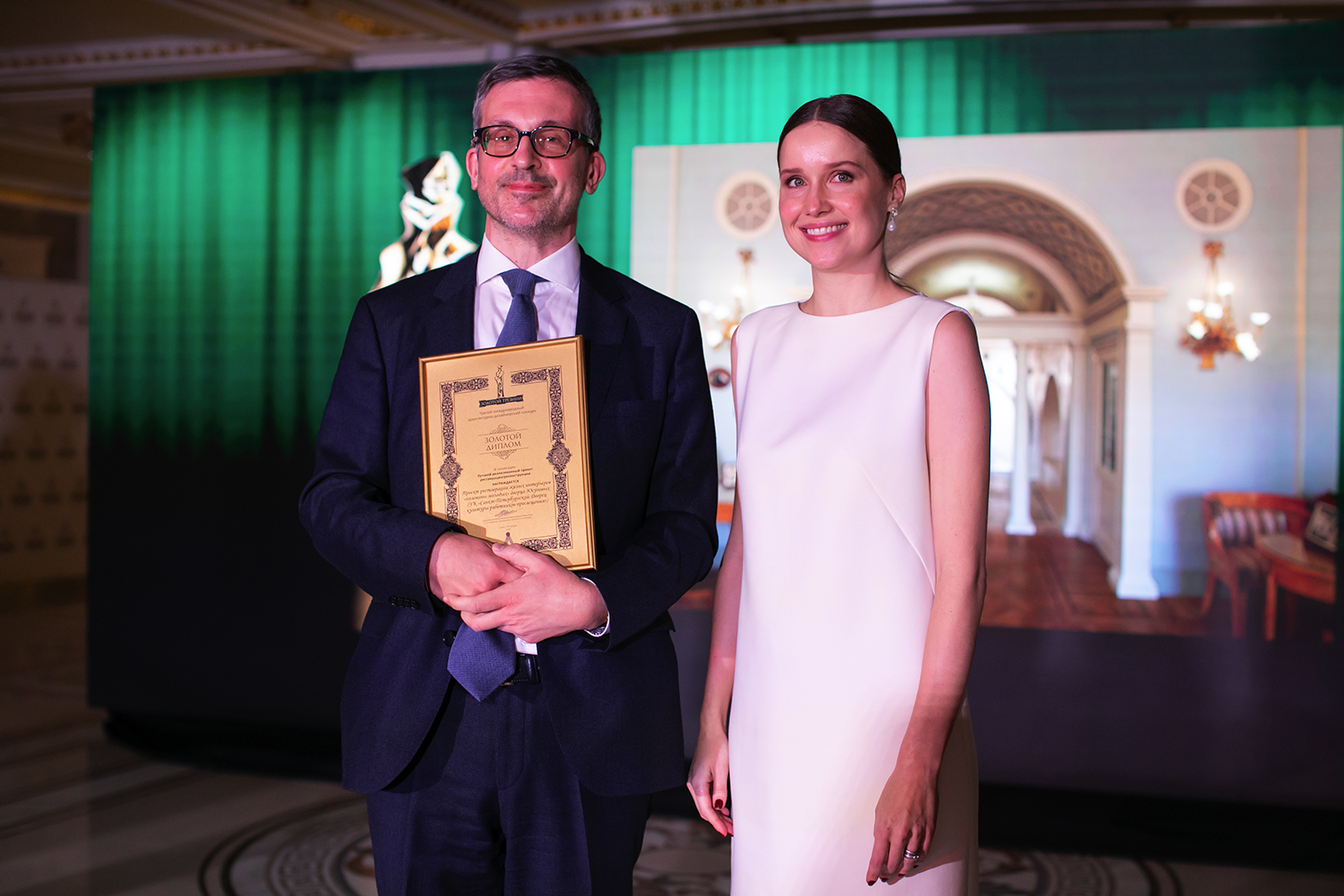 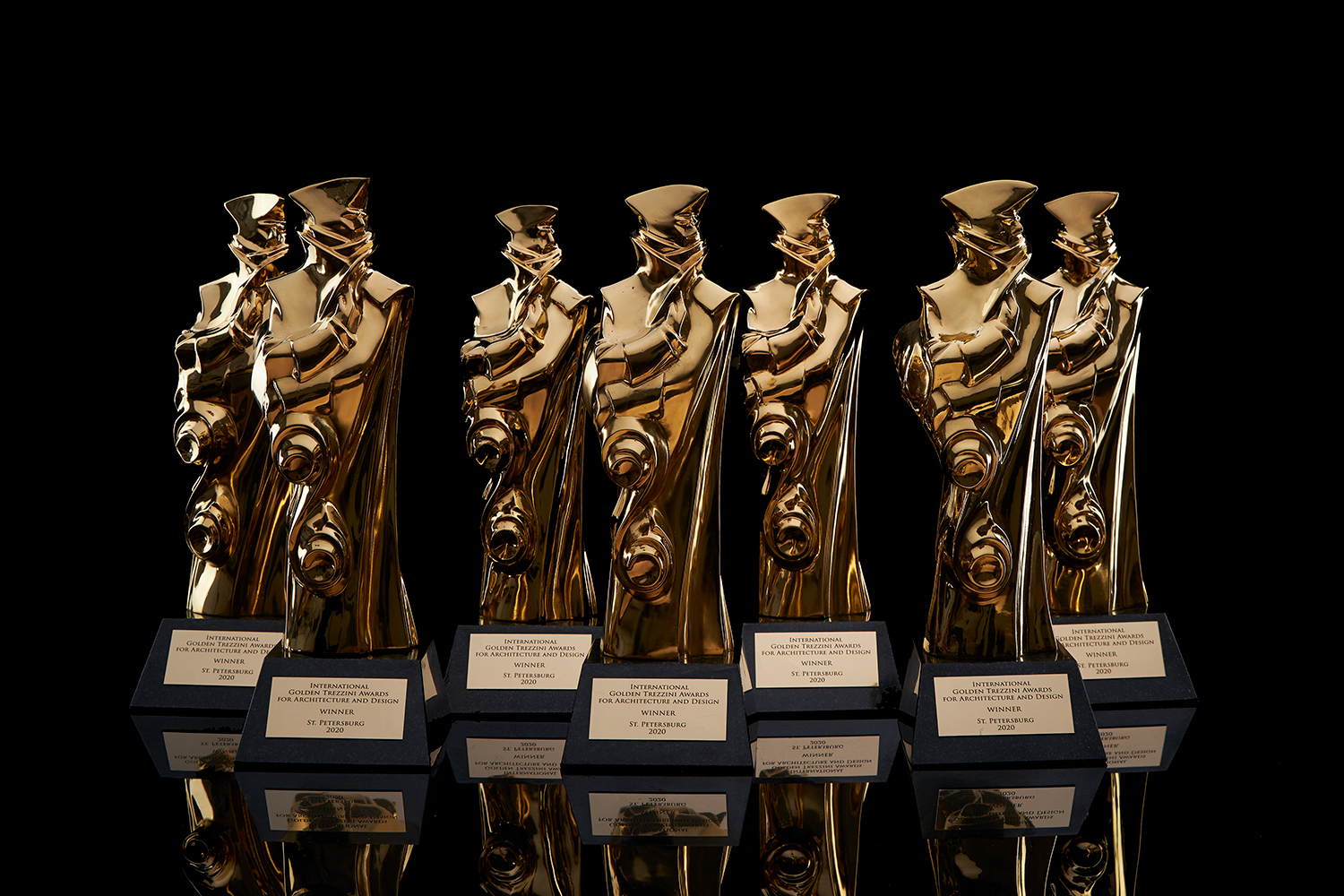 The aim of the Awards is turning the most artistically valuable architectural, design, restoration, scenography, and exhibition projects into museum objects. The motto of the Awards is "Architecture as Art". The Honorary Chairman of the International Council of the Awards is Mikhail Piotrovsky, President of the Worldwide Club of St. Peterburgers, Director of the State Hermitage Museum. The council also includes directors of the State Russian Museum, the State Tretyakov Gallery, the Pushkin State Museum of Fine Arts, the Solomon Guggenheim Museum and Foundation, the Getty Museum, the Gagosian network of galleries, Fondation Louis Vuitton,

directors of the leading museums of Italy, Germany, Austria, the Netherlands, Sweden, Finland, the Chairman of the Abu Dhabi Department of Culture and Tourism, the mayor of Lugano (Switzerland), representatives of the diplomatic corps of Switzerland, France, South Korea and Russia. The works of the winners of the Golden Trezzini-Awards 2021 will be exhibited in the Peter and Paul Fortress, and then included in the funds of the State Museum of St. Petersburg History. Nominees are invited from all over the world. Participation is free of charge.

FOR THE FIRST TIME IN RUSSIA, WE HAVE SET THE TASK OF TURNING CURRENT ARCHITECTURAL PROJECTS INTO MUSEUM OBJECTS 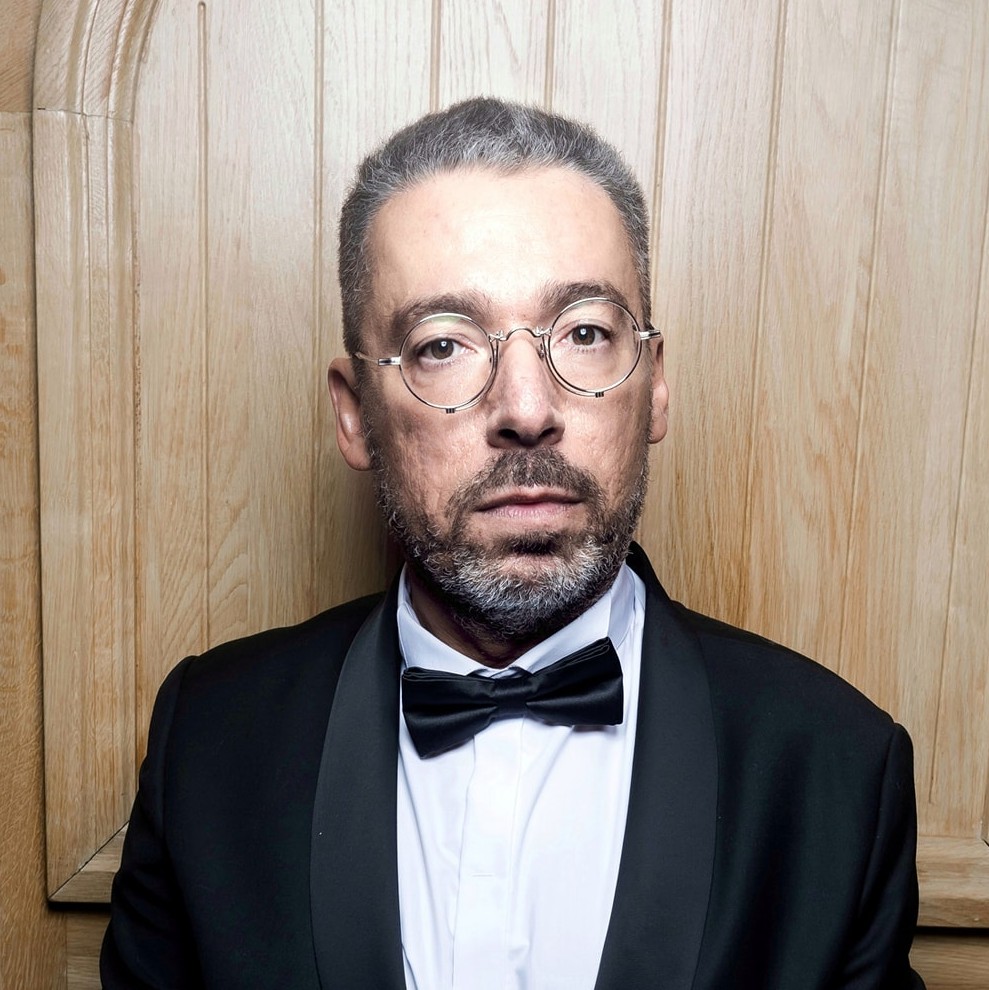 Chairman of the of the Council of the Golden Trezzini Awards

In 2017, while examining the archives to prepare an article on the history of St. Petersburg architecture, we were surprised to find out that Peter I announced the first ever architectural competition in Russia and issued a special decree on this matter. Italian, Dutch, French, German and Swiss architects participated in the competition for the best design of the future Twelve Collegia Building. None of the projects has been fully approved. Peter I ordered to construct of the ground floor of the Twelve Collegia Building in accordance with the project by the Swiss architect Domenico Trezzini, and the upper floors - according to the project of the German architect Leonard Theodor Schwertfeger. However, Schwertfeger shirked his work and the construction of the Collegia was completely supervised by Domenico Trezzini, and after his death in 1734 - by Carlo Giuseppe Trezzini, Domenico's nephew and son-in-law. The decree on the establishment of the Twelve Collegia was signed by Peter I on December 23, 1718. So, we thought, why not establishing an architectural awards or competition 300 years later, named after the architect who not only known for building the Twelve Collegia, but also became the first architect of St. Petersburg? This is how the online Golden Trezzini Awards appeared in 2018.

We have set an ambitious goal for ourselves - to identify architectural projects that can be considered as the works of art. And the question came up at once: then what? So, we will award the winners with gilded statuettes of Domenico Trezzini and diplomas, we will make a press release about it… We had to admit this was clearly not enough. If such competitive experts as our jury announces this or that project as a work of art, then it should belong in the museum. And we found such a museum! The State Museum of St. Petersburg History, which has a rich collection of architectural graphics of the XVIII-XX centuries. Since last year, an exhibition of the winners of the Golden Trezzini Awards has been held annually in the Ioannovsky Ravelin of the Peter and Paul Fortress. Afterwards, the winning projects replenish the museum's collection.

To some extent, we are recovering the historical tradition of treating architecture as an art. We select the projects primarily from this point of view. That is why, works are evaluated by museum directors along with world-famous architects. Moreover, for the first time in Russia, we have set the task of turning current architectural projects into museum objects. We can evaluate the works by the architects of the past, including unfulfilled ones, by both the surviving buildings and by engravings, drawings, "wash drawings" and so on. After the 1990-ies, such "paper-based" practice came to naught. Everything is done on the computer. Unfulfilled projects and plans will remain in digital form only, and in fifty years, architectural historians may simply not find these files. Computer viruses may interfere and data can be destroyed by itself over the time. Our experts select interesting projects that do not necessarily win the competition. They are printed on special paper and passed over to the collection of our general museum partner - the Museum of St. Petersburg History. Thus, in a hundred years, researchers of the architecture will be able to raise the archives and see what our present architecture was all about.